The airline war currently taking place out of the Terrace airport adds one more flight to the departure and arrival board with an announcement this morning that West Jet has plans to launch its own Calgary / Terrace service starting in May.

The new scheduled service matches recent moves from Air Canada which announced their own Calgary service back in December.

As well, the West Jet move will now compete with a similar offering from Hawkair, through Central Mountain Air which has been in service since 2013.

West Jet Encore will be making use of the Bombardier Q400 Next Gen aircraft, which makes up the bulk of the Encore fleet.

As part of their announcement today, West Jet Encore has outlined the nature of its introductory pricing for the new travel option out of the Northwest.

The one way price from Calgary to Terrace of $154.48, while those travelling to Calgary from Terrace can save even more money with a one way fare of $133.30 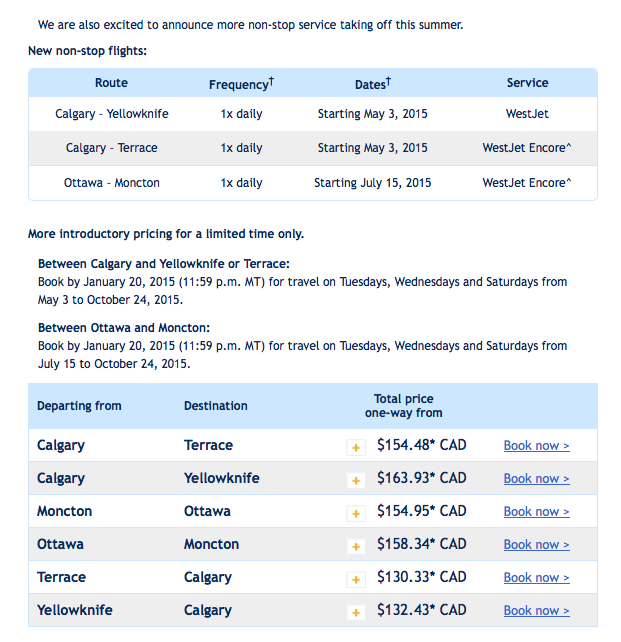 The new service starts May 3rd, the Terrace flight was one of a number of new routes revealed this morning by West Jet Encore, you can review the full announcement here.

None of today's new flights however are heading the way of the Digby Island Airport, as West Jet Encore has yet to offer its Encore service to Prince Rupert.

For more on air travel in the Northwest see our archive page here.
Posted by . at 8:35 AM

Email ThisBlogThis!Share to TwitterShare to FacebookShare to Pinterest
Labels: January 2015, West Jet to introduce service to Calgary May 3rd