Prince Rupert City Council announced the awarding of the contract at Monday's Council session, releasing the details of the decision which was made in a closed session of Council.

From that decision, Council followed the recommendation of the Prince Rupert Economic Development Corporation and awarded the contract to WSP Canada, an international firm that provides services to a number of clients on issues of airport operations. 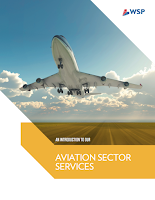 To provide an overview of what the City hopes to achieve from the arrangement with WSP, the Mayor called on City Manager Robert Long to provide some background on the process ahead related to the Airport master Plan.

Mr. Long outlined how with the prospect of anticipated large industrial development for the region, the City needs to review the way that the City is working on planning for the Prince Rupert Airport and the transportation links involved.

Part of the focus of the plan will be to review the process of moving people in and out of the community, with the initiative to be taken on as part of the City's planning and budget for Major Projects.

The Master plan would put to use some of the feedback from the major industrial proponents in the area and provide for a number of options on how we connect back and forth between the city and the airport.

As part of that review, the plan would provide for a number of options for the City to consider when it comes to the management of the Airport Ferry and the way it is used to move passengers in a more efficient way.

You can review Mr. Long's observations on the theme from the City's Video Archive, the discussion on the Contract for the Airport Master Plan can be found from the 29 to 32 minute mark of the evening's work.

Council did not release details as to the financial aspect of the contract, or provide a timeline as to when the Airport Master Plan will be completed and made available to the public for review.

The contract to deliver an Airport Master Plan comes following a fairly comprehensive review was conducted for the Chamber of Commerce late last year, that study highlighted a number of the concerns that the Master Plan will apparently look into further.

That study received some push back from Councillor Thorkelson at the time, who took issue with some of the findings that were delivered from it.

For more items related to Air Transportation in the Northwest see our archive page here.

Further information on City Council discussions can be found here.
Posted by . at 9:39 AM