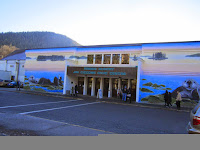 When Council adopted its new Fees and Charges bylaw for the Recreation Centre back in February, the math didn't add up for some of the Civic Centre's user groups, who discovered once they started making their plans for the year ahead, that the formulas for rentals that had been put in place were proving to be a little steep.

Those concerns from the public resulted in the bylaw making a return engagement at City Council on Monday night, as the city's councillors looked to re-address those issues related to the rental rates for the recreation facility.

Ms. Willa Thorpe, the City's Director of Recreation and Community Services delivered a presentation to Council on Monday night that offered up some clarification on the concerns related to rental charges, noting that the original bylaw of February did not have a specific cap identified when it came to space rental rates. A situation which she noted could have left the city exposed to potential space rental increases of upwards to 75 per cent in some cases.

In order to provide for a manageable rate, Ms. Thorpe advised that the Recreation Department was recommending to Council for a maximum increase of ten percent to the space rentals proposal. As well, she noted that there would be some changes required to the language of the bylaw related to the definition of what constitutes a family member.

Councillors Cunningham and Niesh offered up comments on the theme of the proposed cap of ten percent, reminding Ms. Thorpe that at the time of the original bylaw discussions of February, Council had pegged the increase level at five percent.

Councillor Cunningham further outlined his concerns when it comes to the user groups in the city, highlighting for Council that he did not want to see a situation where costs became too high that there would be a loss of participation in any of the programs that use the city's recreation facilities.

Mayor Brain observed that the good news to be taken from the situation under discussion was that ultimately with the recommended cap in place, the cost will be more manageable for those groups.

Ms. Thorpe also outlined that the city is looking to work with minor sports organizations to introduce a local chapter of the Kid Sport program, which offers assistance to those groups that may be finding barriers to participation.

When Council returned to the topic at hand of addressing the rates to be set, Councillor Cunningham brought forward the amendment to set the amount at a five percent increase, with Councillor Niesh offering his support to that change.

In response to one final question from Councillor Thorkelson, the Recreation Director reassured the councillor that the reduction to five percent would not have an impact on the Department's budget for this year.

Prior to the final vote to adopt the motion, Councillor Cunningham noted that this could be a learning moment for City Council,  particularly when it comes to attention to details on bylaws and other decisions.

"This is a lesson for us as a Council, to read things a little more closely, because all of us missed this. It was one of those things that until it was pointed out to us no one had seen  it ... and it's just one of those things, as a new council we need to read the fine print sometimes" -- Councillor Cunningham with some of his takeaways from the need to re-address the Recreation Fees set in February.

You can review presentation and discussion on the issue from the City's Video Archive page, with the conversation starting at the seven minute thirty second mark and continuing through to the eighteen minute point.

Ms. Thorpe's report to Council, which includes the various rates and schedules can be found on pages 92 to 112 of the Council Agenda for Monday evening.

An expanded overview of the discussion on the topic can be found on our Council Timeline feature.