Vehicles parked along the city's waterfront area at the Metlakatla dock lot have once again suffered damages after another vandalism spree in mid June.

The latest in what has become an ongoing problem for the area took place on June 14th when members of the RCMP were called to the waterfront at 4 AM after a report of damage to four vehicles.

Upon arrival attending officers discovered extensive damage to the four vehicles with broken windows the main source of the vandalism. Two individuals were reported to have been in the area at the time of the incident and are considered to be persons of interest on the case file. 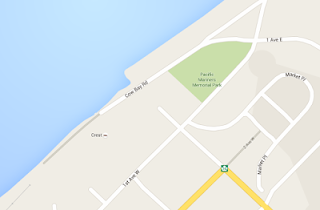 The Metlakatla Dock has been a frequent target for vandalism and in some instances arson, with a number of incidents investigated and a reward at one point even offered in a quest to find out who is responsible.

More on the most recent spree can be found here.

Further background on Emergency Service notes can be reviewed on our archive page.