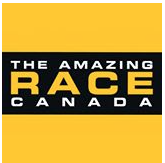 Prince Rupert's close up moment on National Television is fast approaching as the recently filmed episode of the Amazing Race makes its debut for a North Coast audience later this month.

To celebrate the upcoming North Coast and Haida Gwaii episode of the popular CTV Television program, the Prince Rupert and Port Edward Economic Development Corporation and Tourism Prince Rupert will be hosting a viewing party at the Lester Centre on Tuesday, July 26th.

The arrival of the program in the city back in May was a closely guarded secret at the time. Though, once the participants were here, word quickly spread  as they began to make their tour of the region, the event becoming a social media happening with sightings reported from a number of locations around the city.

From City Hall, to the Atlin Terminal, Seal Cove and out to Port Edward's North Pacific Cannery Historical Site, reports came in as the teams made their tour of the area with mainly sunny skies providing the natural light to some impressive backdrops.

The final cut is now set for viewing and the sights and sounds of the North Coast will be featured for a Canada wide audience when the episode goes to air as part of the Amazing Race Canada schedule.

However, residents of the region get an opportunity to get together to compare notes on the event with a community viewing party.

Pamphlets making the rounds and popping up on Facebook and other social media portals in the region note that the July 26th community viewing session will take place at 7 PM with refreshments and hors d'oeuvres while showtime is 7:45

Update: As events played out through the day, the notice that quickly made the rounds of social media in the last few days turns out to be one that reflects what is an Invitation Only event.  With tickets limited to those in the community that helped with the race and distributed by the evening's organizers.

The situation regarding who could attend the event was clarified in a Facebook posting.