An ages old tradition on the North Coast continues this summer, with the call from the City owned communications company CityWest for customers in the region to submit their photos for consideration for the upcoming phone book cover for 2017.

The project which has featured a range of visual interpretations of life on the North Coast has been in place through the decades. It has been a popular CityWest initiative which has featured boats, statues, wildlife and overhead cityscape's to name a few as many of Prince Rupert's photographers wandered the city and surrounding area, looking for just the right background to submit for consideration.

And while one wonders just how much longer the concept of a printed book for phone numbers will be required in this era of constant attachment to smart phones and other electronic devices, the quest for 2017 is now underway.

When it comes to submitting your photos, keep in mind that CityWest will be reviewing only those Photos that represent Prince Rupert in some way and the marketing department offers up the helpful note that participants make use of a high resolution digital photograph, taken through the lens of a digital camera.

CityWest officials note that taking your shot with an iPhone or smart phone is not recommended, as the photos delivered are usually too small for use. 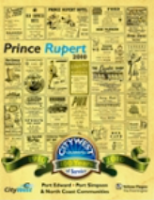 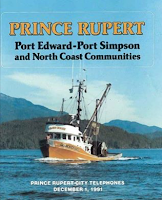 Those that take part in the cover competition not only have a chance to have their work on display for a year in homes across the city, they also will receive three months of free services from CityWest for their successful photo creation.

If CityWest holds to its past approach when it comes to judging the photos, once the call for photos has been answered, residents of Prince Rupert will be offered up the final list of contenders and will be asked to vote online to make a selection.

You can learn more about the project from the CityWest website here.
Posted by . at 10:29 AM

Email ThisBlogThis!Share to TwitterShare to FacebookShare to Pinterest
Labels: CityWest photo contest for 2016