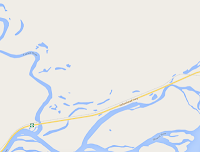 Residents of the Northwest can get their first glimpse at what the Ministry of Transportation and Infrastructure has in mind for a major road project in the region next week, when two information sessions on the Mile 28 level crossing project are held in both Prince Rupert and Terrace

The much anticipated project will replace the last level crossing on Highway 16 between Prince Rupert and Prince George, located at Mile 28 the current crossing requires traffic to slow down significantly as travellers approach the rail crossing. Those that arrive at the same time as a CN train are in store for a fair bit of a wait as the freight makes its transit to or from the facilities of the Port of Prince Rupert.

The major focus of the work involved in the project includes the realignment of two kilometres of highway, wider shoulders for road safety and construction of a bridge overpass to take traffic above the CN Rail Main line through Northern BC.

“Highway 16 and the CN rail line are both critical transportation infrastructure for domestic and international trade in north-western British Columbia. This project supports a key element of our B.C. on the Move 10-year transportation plan to improve highway capacity and reliability, and ultimately improve the flow of goods to and from the port in Prince Rupert.” -- Transportation Minister Todd Stone on plans to remove the last level crossing on Highway 16

More on the project can be learned at the two information sessions, with staff from the Ministry of Transportation on hand to provide background and answer any questions on the project.

The 37 million dollar project is funded by both the provincial and federal governments and will be put out to tender later this fall.  The project was first announced during a visit to the Northwest by the Transportation Minister back in May of 2015.

More background on the road project can be found from this media advisory from the Provincial Government.

Further items related to Highway 16 transportation issues can be found on our archive page.
Posted by . at 9:05 AM