BC Liberals begin to ramp up their election machine 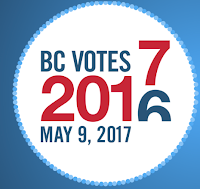 It may seem a little early, and honestly, we doubt may are thinking about politics through the summer, but with 2017 shaping up to be a very energized political year, British Columbia's two major political parties are already putting in place the foundation for the campaigns for the May 2017 election.

The roll out has been taking place with short blasts through the BC Liberal twitter feed. With current Cabinet Ministers or MLA's lining up for another run for office when British Columbia goes to the polls on May 9th of 2017. 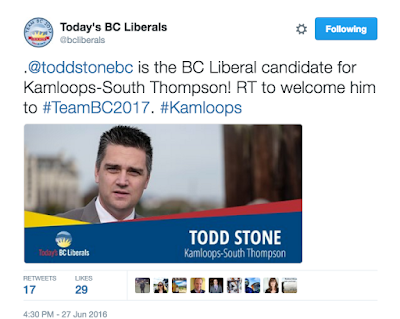 So far on the North Coast there has been little indication as to who is considering a run for the seat and an opportunity to wrestle the seat away from the NDP in the region. Though the challenge for BC Liberals is a strong one, with the riding for the most part one of the most solid NDP strongholds that there is.

The current presence of the party in the riding is near dormant for the most part, with little in the way of information provided for local residents when it comes to who the party may offer up as a candidate for May of next year, or any form of advertising, or social media campaign to try and raise the image of the party and to send a challenge when it comes to the work of MLA Jennifer Rice in the Legislature.

Time moves quickly in politics and if the Liberals have any hopes of taking the North Coast for their column on election night, raising their profile might make for a good start.

Having a candidate that might resonate with the community in place early, could offer the Liberals a chance to shift the political dynamic on the North Coast. Without one, or with little in the way of getting the message out, and the 2017 campaign may not offer up much for the NDP to worry about.

Updates on the Liberals plans can be found on their website.

More background on BC political issues cane be found on our archive page and through our political portal D'Arcy McGee
Posted by . at 8:59 AM

Email ThisBlogThis!Share to TwitterShare to FacebookShare to Pinterest
Labels: BC Liberals begin preparations for 2017 campaign