Recreational Hockey players from across the Northwest are making Prince Rupert their destination this weekend as the Prince Rupert Old Timers Hockey League prepares to host the annual Carlo Paolinelli  Memorial Tournament from Friday to Sunday at the Civic Centre.

Fourteen Teams have submitted their entry forms for the weekend of hockey on the North Coast, with squads arriving in town from Smithers, Terrace, Kitimat and Haida Gwaii to join in with local Old Timer and Women's teams from Prince Rupert in the three day tourney.

The popular event is one that features some hard played hockey, mixed with the camaraderie of the play on the ice (as well as off of it) that celebrates the memory of the popular Rupert hockey player who was a long time fixture as part of the city's recreational hockey scene.

From 4 PM on Friday until 5PM Sunday those that drop into the Civic Centre can check up on the progress on the ice as the teams work their way through a jam packed list of games.

The Schedule for the 2016 edition can be found below (click to expand): 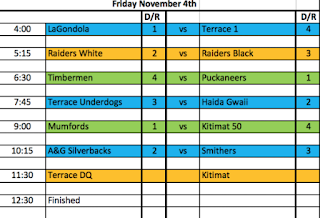 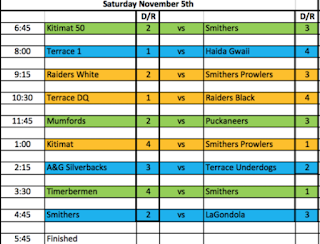 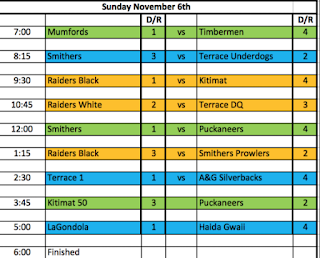 The off ice activities for the event feature a Friday Night Social to break the ice for the three days of hockey taking place in the Eagle Room of the Civic Centre from 6 PM to 2 AM.

As well there is a Saturday Night Social taking place in the Civic Centre's Auditorium starting at 7PM, with Triple Bypass providing the music for the night. Appetizers, Refreshments and Door Prizes will also make up part of the Tourney event of Saturday.

Tickets for the Socials are available from Prince Rupert team players of at Oceanside Sports on Third Avenue West.

The Prince Rupert Old Timers League has some information on the tourney available on the website they have created for this weekend's event.