A shift in shipping plans for Pacific NorthWest LNG?

An item first published yesterday and updated today on the Financial News site Bloomberg Markets is suggesting that Petronas, the parent company for Pacific NorthWest is giving some consideration to shifting the shipment point for it's proposed Lelu Island terminal complex.

According to the Bloomberg report the Pacific NorthWest LNG project would still build its liquefaction plant at Lelu Island, however the actual shipment of the LNG would take place from a docking facility at the former Canpotex property located on Ridley Island, making use of a pipeline to the site recently opened up by the departure of the Saskatchewan based potash company. 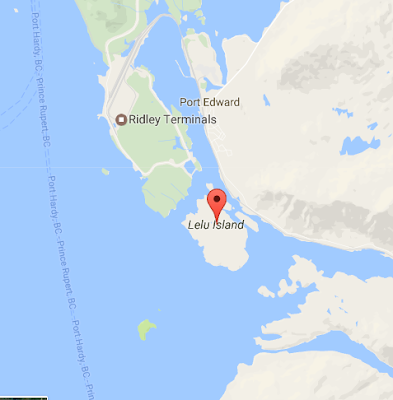 The Bloomberg report also notes that the new proposal could save Petronas as much as 1 billion dollars through the elimination of the suspension bridge proposed for Lelu Island and would shift the focus of the Lelu Island project away from the Flora Bank and any impact on the eel grass beds and other environmentally sensitive conditions in the estuary.

Petronas is reported to be in talks with government and stakeholders to determine if the proposed modification to its plans could take place without sparking any fresh regulatory delays.

The plans however appear to be more in the exploratory phase than those of any firm commitment, with the CEAA noting for Bloomberg Markets that they have not received any information to this point related to any proposed changes to the project.

Petronas is currently conducting a total project review on the proposed 27 billion dollar development with indications to this point suggesting a decision by the summer of 2017 on the fate of the proposed development.

The change to the project as it has been described, is seen as one way that the company could reduce its costs on the development, while addressing some of the issues raised by opponents to the Terminal project.

You can review the full Bloomberg article here.

Whether the proposed shift of shipment facilities to Ridley Island will quell some of the controversy related to the project with its opponents remains to be seen.

NDP MP Nathan Cullen has frequently called for the proposed development to be moved to Ridley Island, it will be interesting to hear his thoughts, as well as those of NDP MLA Jennifer Rice on the theme.

Of particular note will be how both view any kind of hybrid version of the project when it comes to their past concerns over the project and whether the split concept of a plant on Lelu Island and shipment facilities at Ridley would be acceptable to both.

So far there is no confirmation of any shift in plans to be found on either the Petronas or Pacific NorthWest LNG information streams.

A review of the Pacific NorthWest LNG file can be found on our archive page here.

Email ThisBlogThis!Share to TwitterShare to FacebookShare to Pinterest
Labels: A shift in shipping plans for Pacific NorthWest LNG