One of the North Coasts current industrial projects is making some news across Canada, as the Fairview Phase Two Expansion makes the list of an inventory of national infrastructure projects currently underway.

The Fairview Terminal work, which as we noted on Tuesday reached a milestone moment as it passes the 75 per cent completion mark has been listed at the number 58 project nationwide in a listing of the 100 projects Canada wide.

The Prince Rupert project which is valued at $820,000 is one of  19 projects In British Columbia that make the listings, holding down the 8th spot in the province when it comes to major development. 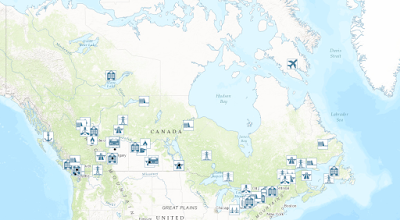 Phase Two at Fairview is expected to be in operation by the third quarter of 2017, with the giant cranes that will be added to the Prince Rupert skyline on the west side set to arrive in the community sometime in March.

Canada's biggest infrastructure projects will be celebrated at a Toronto event in February of 2017.

You can review the full list of projects that are keeping the Fairview expansion company from this update page created to track the progress of the nations infrastructure work.

More notes on Fairview Terminal can be found here, while our larger overview of note related to the Prince Rupert Port Authority can be reviewed here.

Update: According to a note from the Prince Rupert Port Authority, the figures quoted by the National Infrastructure listings appear to be somewhat inflated by their research team.

In an email to the North Coast Review, the Port of Prince Rupert has advised that the official value of the expansion project hasn't change from the 200 million mark. They note that they will have a final cost valuation of the project to share once the project comes closer to completion.

We'll continue to follow the infrastructure listings to see if they update their information and any impact to the ranking of the project that may have on their data base.