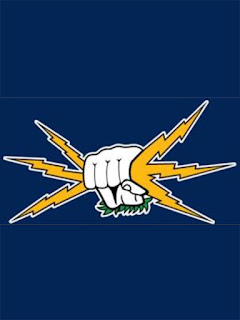 The Final High School Basketball poll for the holidays was released this week, as the Vancouver Province outlined the Top Ten School programs in four Categories across the province.

Once again the Charles Hays Rainmakers have turned some heads for the poll tabulators, as the Senior Boys Rainmakers bubble just under the Tenth Spot in the AAA Rankings as of December 21st.

This week's listings mark the second Honourable mention of December for the CHSS Squad.

However, the Northwest is making twice the noise heading into the Christmas period, as the Caledonia Kermodes from Terrace also gain an Honourable mention for December 21st.

That recognition thanks to their work in recent tournament play in the Lower Mainland.

The two schools will return to competitive action following the Christmas break. 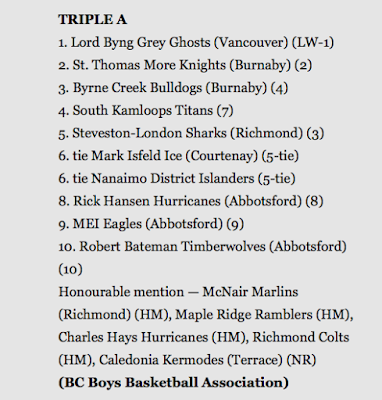 More notes on Rainmaker Sports and School Sports in the Northwest can be found on our archive page.
Posted by . at 9:02 AM

Email ThisBlogThis!Share to TwitterShare to FacebookShare to Pinterest
Labels: Rainmakers and Caledonia both receive honourable mentions in AAA poll for December 21