The nominations are closed and the lengthy list of competitors has been reduced significantly as the Small Business BC Awards committee prepares to move into the final phase for the 2017 Small Business Awards process.

Considering that there were a record breaking 699 nominations from 72 communities in British Columbia, three local business from the North Coast have done well to make their mark in a province wide competition. 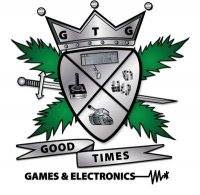 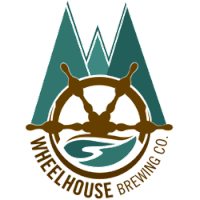 After considering the list of nominees and hearing from the public over the last few months, the Awards organizers have narrowed their list to the Top Ten Finalists. The result providing for some excellent news for The Argosy, Wheelhouse Brewing and Good Times Games and Electronics,  with the three local groups now facing just a bit more work ahead as the competition now moves into the final stage.

The Wheelhouse has made the top ten for the Premier's People's Choice Award and Best Company Award.

The Argosy is in the running for the Best Marketer Award

While Good Times Games and Electronics is in the Top Ten for the Best Community Impact Award, with the Shames Mountain Co-op also in the running for that honour.

You can review who the Prince Rupert businesses are competing with from this full listing of the Top Ten listings for each category.

The competitors now will have one month to provide an expert panel of judges with a detailed application that outlines why they should be considered for the award, those presentations will help the competition whittle down the List to a Top Five contenders for each category.

The announcement of the Top Five Finalists will be made on January 23rd of 2017.

The winners of each category will be announced a the Small Business BC Awards Ceremony taking place at Vancouver's Pan Pacific Hotel on February 23rd.

You can find out more about the Awards from Small Business BC Awards home page here.

More notes about Prince Rupert's commercial sector can be found on our archive page.
Posted by . at 12:31 PM

Email ThisBlogThis!Share to TwitterShare to FacebookShare to Pinterest
Labels: Small Business Awards of BC