Monday made for Report night for City Council, as the City's Financial Officer outlined the 2017 Financial Plan and Capital Works and purchases notes for the year ahead.

In her overview Corinne Bomben outlined that the total value for the work planned in 2017 comes to 27 million dollars, with the funding for the projects set at 60 percent from grants, and 23 percent through dividends, while the remainder will be financed through savings, short term financing and operations.

Among some of the projects to be addressed in 2017: 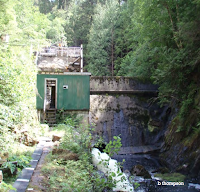 The Continuation of the access road to Woodworth Dam, which is known as phase one. The City highlighted the Woodworth Dam issues earlier this year with a video tutorial on the issues facing the city's water supply.

As they look to move those initiatives forward, Ms. Bomben noted that the City has received grant funding for the first phase, while the city has made applications for Grant Funding for the other two phases.

Beyond those large scale infrastructure issues, the City also has a number of other capital projects in motion for the year ahead: 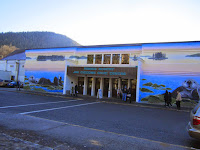 The Recreation complex will install accessibility lifts in the Civic Centre and Aquatic Centre, repairs will also take place on the plumbing to the hot tub and the Arena will see new LED lighting.

The City will also take possession in July of the new pumper truck for the Fire Department.

As well there is some remediation work on city infrastructure is recommended, with the city finding that during repair work to the 2nd Avenue Bridge this past summer it was determined that some timbers for the structure should be replaced in 2017.

The City is also hoping to tie into a major paving project in the community in 2017, noting that the province has announced  plans to pave Second Avenue from McBride to the Ferry Terminal, with Ms, Bomben noting that the City would also like to combine that provincial program with the city's downtown paving plans for Third Avenue.

You can follow along with the list from the City's Video Archive, starting at the thirteen minute point.


More notes on Monday's Council session can be found on our Council Timeline, while infrastructure notes are available on our Archive page.

For a larger overview of City Council discussions through the year see our Council Discussion page here.
Posted by . at 12:57 PM