Prince Rupert's Emergency responders were called to action on Boxing Day tackling another fire in the city's downtown core on Monday.

Members of the Prince Rupert Fire/Rescue Department, RCMP detachment and BC Ambulance Service were on the scene of the combination convenience store and apartment complex at 2nd Avenue West and Eighth Street.

Traffic was re-routed through the downtown core as the Fire Department worked the fire scene, with the majority of the damage appearing to be suffered at the front of the building.

No information has been released as of yet related to whether there were any injuries as a result of the fire or what may have been the cause of it. The status of the building is also unknown at this time.


Monday's fire is the second to strike 2nd Avenue in recent months, in October an apartment building one block to the east was the scene of a fire which left a number of residents homeless.

Photos of the downtown incident were quick to be posted to the #PrinceRupert twitter feed on Monday. (click to enlarge) 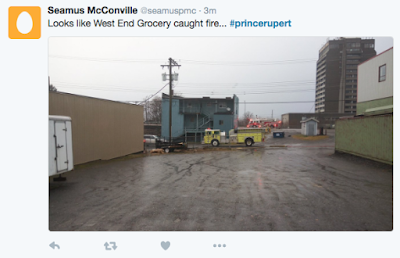 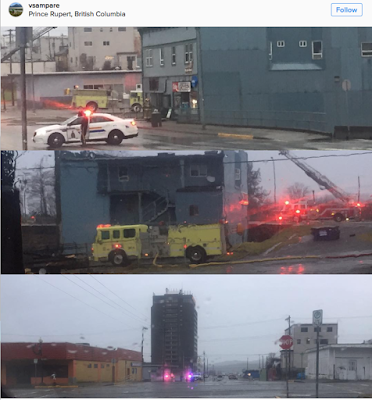 You can review more of the work of the Emergency responders from the Northwest from our archive page here.

Update: A follow up look at a Boarded Up West End Grocery following the Boxing Day Fire in Prince Rupert. 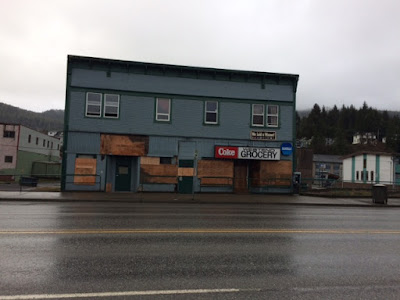