Crosswalks, Calendars and Coding where among some of the themes for the School District 52 Board met last Tuesday, as the Board members skipped any Valentines evening  plans for the evening to tend to District business.

Among the notes released from their February 14th meeting was an update from School officials at Conrad Elementary on a coding program  that an Independent Study Group at the school is involved with, as part of the presentation to trustees a number of students that are in the program showed off their abilities to write computer code for the Board Officials.

The prospect of progress on a proposed Park Avenue Crosswalk was also a topic for last weeks session, with Board officials noting that a letter from Transportation and Infrastructure Minister Todd Stone has been received, with the issue now under consideration, with the Board hopeful of a successful conclusion to their request that would see a crosswalk for students put in place at the 11th Street and Park Avenue.

You can review some of our past notes on the proposal from our blog item of last October.

The process for considering the School Calendar for 2017-18 moves forward, with Superintendent Sandra Jones providing some background on the feedback that the District has received on the topic of a one week  or two week Spring Break for next year.

From her findings 83.2 percent of those who responded to the survey had expressed a preference for a 2 week Spring Break, with the Superintendent also noting that a 2 week Spring Break is also an important consideration when it comes to the School District recruiting and retaining staff.

At the February 14th session, The Board of Education provided its contingent approval of the 2 week Spring Break calendar for 2017-18, subject to the approval of the Prince Rupert District Teachers Union. It's anticipated that the PRDTA will consider the request near the end of March.

Our look back at how the consultation process move forward from January from our blog item here.

The Board made note of the efforts of Mr. Sebastian Paquet, the District Careers Coordinator who has been selected as a spokesperson for the #BCTECH Summit Youth Innovation Day, he will also be taking a group of SD52 secondary students to the Vancouver event in March.

The School District also announced that they have signed another five year contract to provide Education Services for the Gitga'at First Nation at Hartley Bay, which will see SD52 continue to provide education for students from Kindergarten to Grade 12 in the community.

A final decision may be on the horizon for the School District's hopes for a replacement facility for the Prince Rupert Middle School, as part of their efforts to gain approval for the project, the School Chair was directed to write a letter to Education Minister  Mike Bernier to urge replacement of the again building.

We expand on that push for a new facility with our article from today which you can read here. 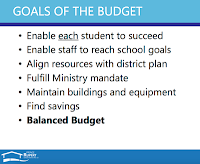 The Board of Education's Budget Consultation process continues, with the final public meeting for this years considerations set to take place on Thursday, March 9th at Charles Hays Secondary School.

The Budget consultation will start at 7 PM and updates on the progress of crafting the SD52 budget will be outlined with an opportunity for parents, guardians and students to offer comments to follow.

The Board also outlined some of the Policy Committee work that they have been involved with over the last month, with three policies approved and forwarded to partner groups for further discussion.

You can review the full media release from last weeks Board meeting here.

The School District will next meet on Tuesday, March 7th, which is one week earlier than normal as a result of this years Two Week Spring Break which gets underway on March 13th.

For more items of interest related to education on the North Coast and in the Northwest see our archive page here.
Posted by . at 9:24 AM

Email ThisBlogThis!Share to TwitterShare to FacebookShare to Pinterest
Labels: School District 52 board meeting for February 14 2017