Challenges ahead for those that seek out Airport Society Board positions

Of the range of available community Board positions around the North Coast that have been released so far this year, one that offers up perhaps some of the greatest challenge, is the Board that watches over the evolution of the Prince Rupert Airport.

As we made note of yesterday, the City of Prince Rupert has four positions open on the eight member Board of the Airport Society, a forum that sits for a two year term.

The call for applicants makes for a roll call of openings that signals that half the appointed members that will take their seats in April could be new participants in the process.

The city's CFO Corinne Bomben reviewed some of the airport related issues as part of the recent Budget process, outlining for council that the Airport continues to be one area of significant focus for the City of Prince Rupert.

With service now down to just one airline, that of Air Canada, the result of that reduction in service levels is that the  amount of revenue from landing fees and other elements has seen a decline, a situation that has contributed to the city's Budget deficit for this year. 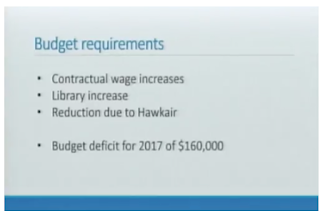 Finding new aviation partners and expanding not only on the service to the airport, but making the airport a more financially sustaining facility is just one of the many areas where the Board will have some input on.

This overview of some of the duties for Board Members,  provides a snapshot of the elements that the Board addresses during the course of their term.

While the day to day operations of the airport are the primary focus, at the same time, the Airport Ferry continues to be an area where airport operations draw from the city treasure.

As the City's CFO also observed in her financial presentations of recent weeks, the expenses are far ahead of the revenue recovery from the operation of the Airport Ferry.

The net result of the Airport Ferry operations being the requirement of a subsidy of over one million dollars for the transportation service.

The terminal building also has had some impact on the city's financial resources in the last year, the renovations of the building in 2016 also made some news last year, as the city was required to take financial resources to a total of 1.5 million dollars out of the Legacy Fund to top up unforeseen circumstances when it came to the conclusion of that project.

The conclusion of the terminal project was celebrated with a public celebration in September.


Beyond the financial areas of note related to the running of the airport, the City appears to be preparing to once again make the case for the neighbours that the transportation hub is one that is more regional scope and a facility and transportation service which should see the burden of operations shared with other partners across the North Coast.

That theme was also part of the recent Budget information process with the city making note that the that the only involvement of the surrounding communities is through a user fee basis. 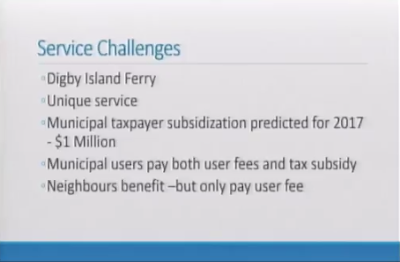 Those themes may also be an area where the new Board members will be tasked to take the city's message to the larger community, as the city seeks to find a consensus from neighbouring officials on shared responsibilities for the city's aviation services.

The deadline for those interested in submitting their name for consideration for the Board Positions is March 31st, with those that are selected to take up their duties in April.

City Council will release the names of those who will sit on the Board through a future City Council session.

More items related to City Council work can be found on our archive page here.

Notes of interest on Air Transportation in the Northwest can be explored further here.

Email ThisBlogThis!Share to TwitterShare to FacebookShare to Pinterest
Labels: Would be Airport Board members face many challenges