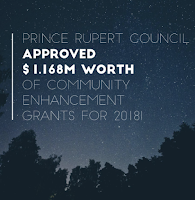 As part of their City Council session work from Monday evening, Mayor Lee Brain and those Council members in attendance on the night reviewed a report from the City's Finance Department, highlighting the recommended level of financial contribution that the City should provide to community groups and organizations for 2018.

And as part of their review of that report, Council appears to have accepted the majority of the notes from Corinne Bomben's department and approved the recommended funding levels for the year ahead.

As part of our preview of Monday's City Council session we took note of Finance Report and the listings for those groups which had found success for the year ahead, as well as the level of funding they will be receiving.

In addition we, offered up the list of those groups which had also applied for the grant process this year and in the end faced a bit of disappointment as they didn't make the cut for 2018.

You can review those notes here.

As part of the city's roll out of the Grant Funding, Mayor Brain took to his Facebook page this week to confirm the names of the groups and organizations that will receive the funding as well as to make note of how much each will receive.

That announcement can be found below: 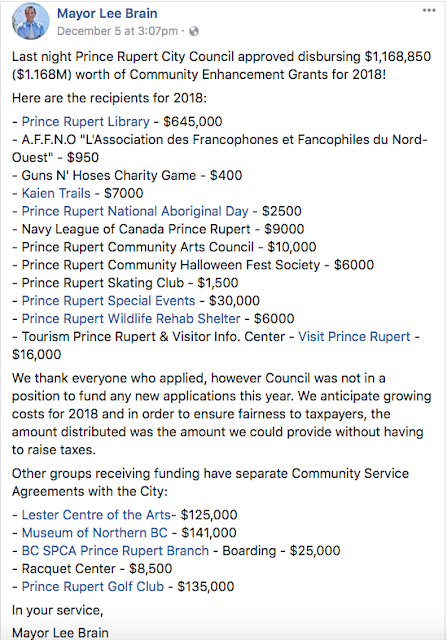 From the comments section of the Mayor's Facebook page however, there appear to be some concerns from the public as to some of the level of funding for some of the organizations, while others have expressed disappointment that some groups had to be left to the sidelines.

That was something that a few of the council members had noted was a situation that they hope to address in the future, should the city's financial picture improve with the prospect of new taxation revenues from industrial projects perhaps on the horizon.

Last year the theme of how the City distributes the financial assistance made for an expansive topic for Council members, who worked to develop a new policy towards funding or the larger grant recipients.

Though as has been seen with this years announcements, there is still some work ahead to provide for some of the newer and lower profile groups that have approached the city for assistance, but as of yet not found success with their requests.

You can review the growing level of community feedback from Council's decisions here.

For more items related to City Council Discussions see our archive page here.
Posted by . at 9:26 AM