The original plan from the Prince Rupert Minor Softball Association for Monday night, appeared to be one to push for some momentum to have Prince Rupert City Council return the Doug Kerr field at the Civic Centre back to the sports community.

However, with the City seemingly ahead of the group on that call, the Association's presentation of Monday night became more of a pre-season preview of their plans for 2018 and beyond.

As Ralph Wieck and Lisa Pirillo, members of the Executive from the Softball Association settled in for a short thirteen minute overview of their league for council.

Before they expanded on those plans, they made note of a recent announcement from the Mayor, that had addressed some of their concerns related to field allocation and to seek funding for the rehabilitation and use of Doug Kerr Field.

To provide some background to that topic, the Mayor outlined how the City had approached their review of the issue, coming from the group's original request of a year ago.

He noted that their request,  along with the 100,000 dollars that the McKay Street Park project had received through the BCAA play here competition of this past spring,  had allowed for the city to move forward with the Doug Kerr field remediation as part of their capital spending plans for 2018.

As part of that plan, the current use of the field as a Dog Park will be included as part of the work to be done at the McKay site. 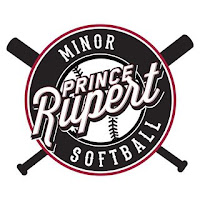 With that background provided for the gallery, the Softball group began their presentation providing a glimpse into how they introduced the PRMSA to the community in March of 2016, part of a follow up to their initial exploration period of the year before.

Mr. Wieck outlined how they have a seven member board and in their first two years have seen 124 registered participants form ages 6 to 18 years of age take to the field.

He also noted, that as they launched their new league that they have spent around 25,000 dollars with local businesses to set up their operations, using local suppliers to provide for much of their requirements.

He also recounted their past work with the Recreation Council to start the dialogue related to gaining access to the Doug Kerr field.  A location which due to its dimensions, is of the preferred minor league level of play and provides for the best option for developing the sport in the community.

A review of the current fields that they make use of was then explored, with the group playing in recent years at Roosevelt, Crestview, as well as on occasion at the two main fields at the Civic Centre, all of which provided for a few challenges for the level of play that is focused on young people, or offer for limited availability.

The pair outlined their plans for the Spring, with a number of player development clinics planned from Mid March to Mid April as well as the potential for the introduction of the Tim Horton's Learn to Play program, they also have an eye towards participation in the BC summer Games program in 2018.

The presentation ended with the group offering their thanks to the Council, the Recreation Committee and the Public works staff for their engagement over the last year.

As a follow up to their overview, the Mayor provided his own thanks for their work in the community and recounted his own years of playing baseball and how it had been a sad time when baseball and other sports were reduced as the community faced the impact of the closure of the Pulp Mill.

You can review the presentation to Council from the City's Video Archive page starting at the twelve minute mark .


For more background on what the Association is all about, see the PRMSA website and Facebook page.

You can keep up to notes from the league through our archive page here as well.

A larger overview of City Council discussion topics can be found on our Council Discussion archive.
Posted by . at 11:17 AM