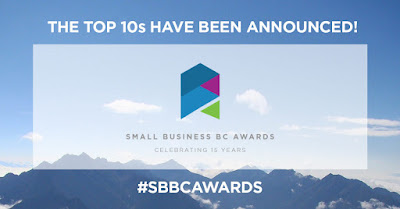 There could be a Northwest theme once again for an awards program that salutes Small Business from across province as the Small Business BC Awards Semi-Finalists have been announced with two contenders to move on coming from our corner of the province.

The pair will be looking to follow in the foot steps of The Argosy, which was a Small Business Award winner for 2016, one of three Prince Rupert businesses that made it to the List of Ten stage in last years competition.

One of the newest businesses in the City's Third Avenue Shopping District has not only made an impression on local residents, but has caught some attention from the province wide competition as well, with E'Klektik Trading finding itself nominated in the Best Concept category.

With a variety of items for shoppers ranging from candy to bath and beauty, as well as Chalk Paint, wool and dyed fibres and much more, the store more than lives up to its name as offering a little bit of something for everyone.

The local business which opened its doors in Prince Rupert in June of 2016 is taking on a diverse group of contenders, the majority of them found from the Lower mainland area. 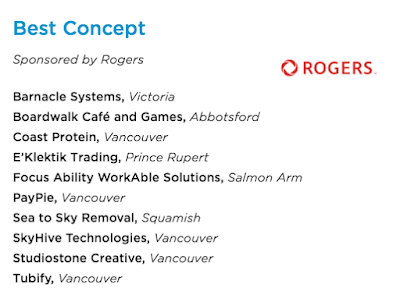 You can check out what E'Klektik Trading has to offer from their Facebook page here.

Also gaining recognition and moving forward in the competition is Terrace based Technicon Industries which has a strong presence in Prince Rupert and have been involved in a number of residential, commercial and industrial projects over the last year.

Technicon is nominated in two categories for this years competition. 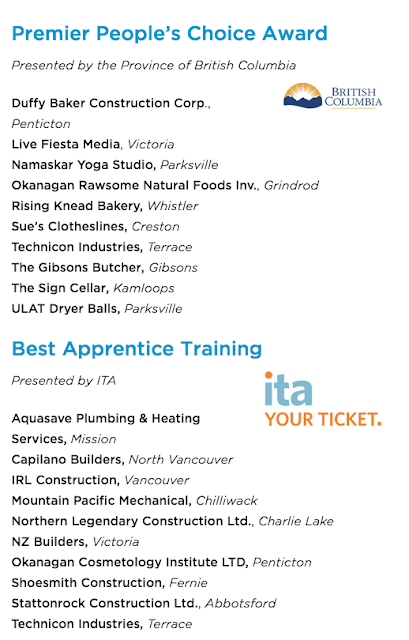 You can explore some of the work of Technicon from their Facebook page here.

The next step for both of the Northwest businesses will come in January as they provide a panel of judges a detail application outlining why they deserve to win the award they've been nominated for.

Should they find success with that task, they will then find their way into the Top Five Finalists, that list to be announced on January 19th.

With the competition winners announced at the Small Business BC Awards Gala to take place at the Vancouver Convention Centre on February 23rd 2018.

You can learn more about the competition here.

Email ThisBlogThis!Share to TwitterShare to FacebookShare to Pinterest
Labels: Small Business BC Awards 2017