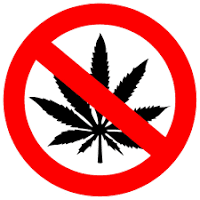 Prince Rupert City Council's plan to extend their current zoning bylaw prohibition on commercial marijuana operations will be the subject of a public Hearing tonight, with residents of the city offered the opportunity to share their thoughts on the path that Council wishes to take.

With the Federal and Provincial Governments still working out their time lines when it comes to the new policies related to Marijuana, the city finds itself in a holding pattern on how to approach the local issue and bylaw requirements.

While they await further news on those federal and provincial policies, the city's course of action to be recommended again tonight is one of extending the current prohibition until at least July of 2018, by which time it's expected that the senior levels of Government will have provided more guidance on their plans. 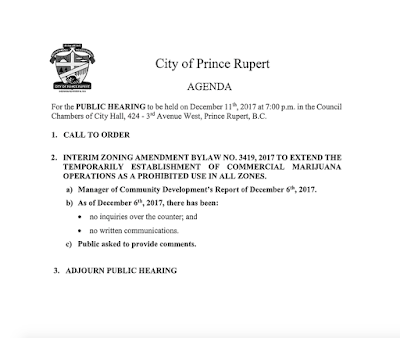 The city launched its review of the issue for 2017 back in January when they received a report from Hans Seidemann, the City's manager of Community Development.

You can review some of their progress on the theme below: