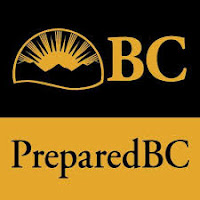 Most of us won't be awake for it, but in the early hours of Wednesday morning the Province of British Columbia's Emergency Management BC office will be testing the province's AlertReady system.

That is the emergency response process that the province uses to issue public safety alerts through television and radio broadcaster across BC. The system is only used during large scale disasters or emergencies where loss of life is imminent.

The early morning test set for 1:55 on December 20th is one of five such checks on the system that the province conducts each year.

More background on the service and Wednesday morning's test can be found here.

British Columbia is part of the Canada wide AlertReady system, more notes on that information process can be reviewed here.

North Coast NDP MLA Jennifer Rice, who serves as the Parliamentary Secretary for Emergency Preparedness highlighted the need for British Columbians to be prepared, particularly in the winter season, with a video presentation of a few days ago.

Further background on the theme of preparation can be found from her Facebook page here.

For notes on Emergency Preparedness in Prince Rupert see our archive page here, which provides information on services and procedures for the North Coast.

That listing is also available for review as part of our North Coast Emergency Info Links found along our right hand column.

Notes related to Emergency situations and Emergency response in the Northwest can be found on our Archive page here.

Email ThisBlogThis!Share to TwitterShare to FacebookShare to Pinterest
Labels: Emergency Alert system to be tested overnight in BC