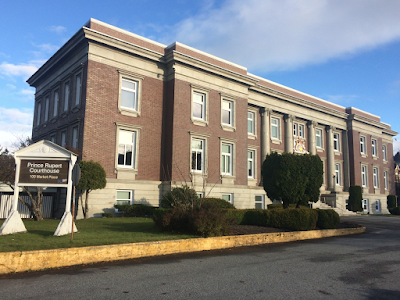 A three year legal process recently came to a close in a Prince Rupert court room, with the protection of culturally significant sites and eco systems the underlying current of the legal work.

Violations of the Fishing Act in October of 2018 and May of 2019 have resulted in a significant fine being  assessed in April as the court case was finalized at Prince Rupert Provincial Court.

The Department of Fisheries and Oceans relayed the background to the Court Case as a reminder to those fishing in waters around Haida Gwaii of the range of areas off limits, in their information release from yesterday DFO noted the following:

The Judge further ordered that Mr. Levesque pay an additional $25,000 as a 79.2 court order, to go towards the conservation and protection of fish and fish habitat on and around Haida Gwaii.

According to electronic monitoring data, Mr. Levesque was fishing in a Strict Protection Zone that was closed to fishing as part of the marine zoning plan within the Land-Sea-People Management Plan.

This area was identified as an ecologically important and culturally sensitive area adjacent to a Haida village site protected by the Haida Nation and Parks Canada, and is recognised by UNESCO as a World Heritage Site. The site commemorates the living culture of Haida people and their relationship to the land and sea.

The restrictions of the area in question should not be an unknown, as The Gwaii Haanas marine area was officially designated a National Marine Conservation Area Reserve and Haida Heritage Site in 2010.

As of May 1, 2019, commercial and recreational fishing is prohibited in the strict protection zones of the Gwaii Haanas National Marine Conservation Area Reserve and Haida Heritage Site.

You can review more of the DFO announcement and further guidelines on fishing around Haida Gwaii here.

More items of note on the Fishery of the North Coast and Haida Gwaii can be explored here.