With relaxed measures on the horizon, Chances Prince Rupert begins recruitment for workers 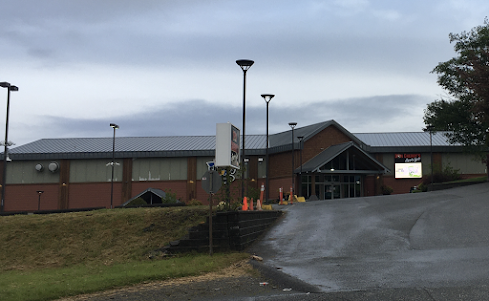 The sounds of slot machines and call out of Bingo numbers may be just over a month away for North Coast residents, with British Columbia's Casinos and Gaming Centres making their plans to relaunch an industry that has been silent for more than a year.

The popular Prince Rupert location closed its doors on March 16, 2020, a notice posted to their Facebook page holding placement there until just a few days ago. 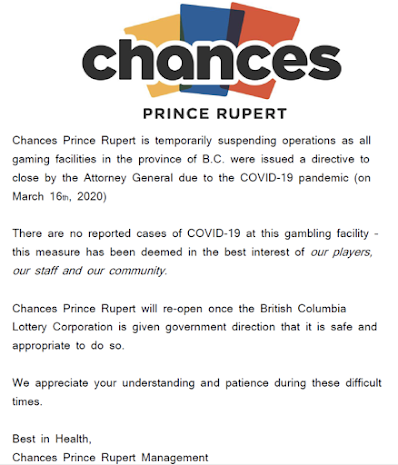 With the road ahead charted out for us earlier this week by the Premier and Health officials, the prospect of a reopening is now very much in the planning and the BC Lottery Corporation was quick to outline what their plan will be to get back into business, possibly as early as Canada Day!

In an information release from Wednesday, the BCLC made note of a number of preparations that they have in mind to provide for a safe restart for the industry across the province.

Among some of the more notable changes ahead: 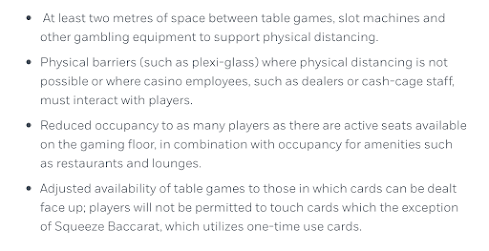 In Prince Rupert,  a string of Help Wanted ads began rolling along the local Chances social media portal this week, an indication that the Back in Business notice will soon flash on First Avenue West. 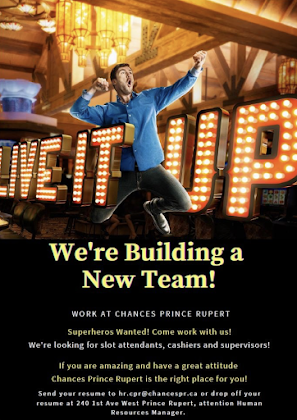 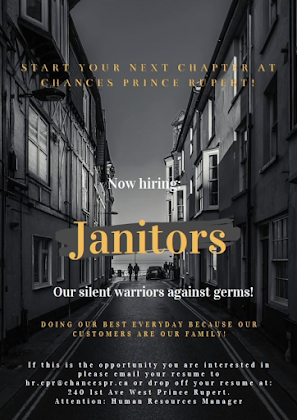 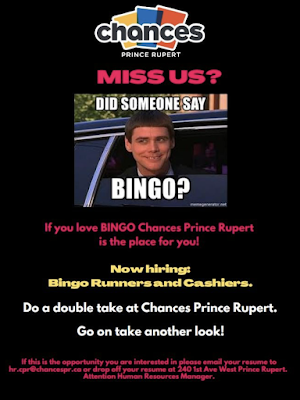 Slot machine fans and Bingo players won't be the only ones welcoming the return to Operations for the local Gaming Centre, the City of Prince Rupert no doubt will view the return with some interest.
As part of the agreement on gaming with the province, municipal governments receive a ten percent share of net gaming revenue in their community.
In 2019, Chances delivered a revenue stream of $525,820 dollars for that year.
With the year long closure, the City has seen a loss of revenue from the facility from the 2020 operations.
In the Audited Financial Statement released this month, the City's return from Chances for 2020 was listed at just $126,434.
More notes related to the city's commercial sector can be reviewed here.
Posted by . at 9:08 AM