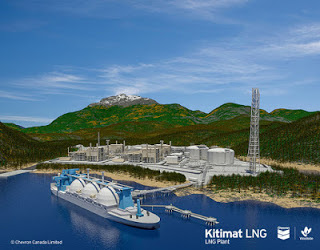 If there's to be an expansion of the LNG industry in the Northwest it will go on without The Australian energy giant Woodside, that after the Australian company announced that it is following Chevron on its way out the door on the Kitimat LNG project.

The decision to end its fifty percent share of the proposed LNG terminal was indicated as part of documents filed with The Australian Stock Exchange. 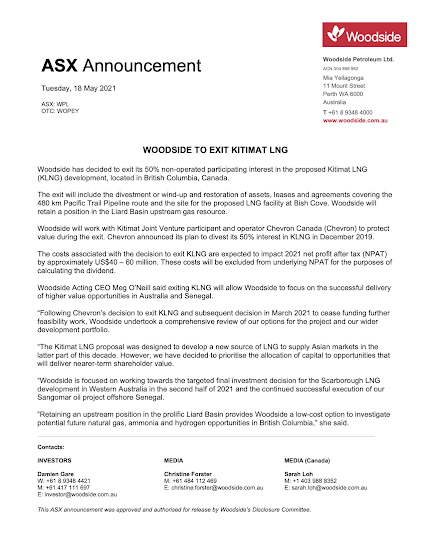 The Australians follow the lead of Chevron which announced its plans to abandon the Kitimat project  in November 2021, a search for a new partner seemingly coming up empty since then.

For Woodside it's the second LNG terminal they've chosen not to proceed with in British Columbia, having previously cancelled their work in 2018 on a proposed terminal near Lax Kwa'alaams.

After the flurry of interest in LNG across the Northwest of just a few years ago; the only project that appears on track towards a finish line is the LNG Canada project which continues in Kitimat.

A much smaller scale LNG project has been proposed for the Port Edward area, the details for which you can review here.

A look back at some of the history can be reviewed here.