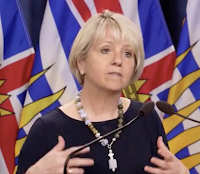 With the first round of community vaccination having provided stellar results in Prince Rupert's quest to knock down the curve of COVID in March, residents are hoping to hear good news on a timeline for the delivery of the second shot that will help to bring us all back to more Normal times.

Yesterday, at their COVID-19 update, Doctor Bonnie Henry and Health Minister Adrian Dix noted that as the province wide campaign continues to show strong results, the ability to move to the second dose for many British Columbians could see the schedule advance as more supplies of the vaccine arrive.

"In the coming week we expect to receive from the week of May 17th to 23rd,   276,120 of Pfizer and 142, 500 of Moderna the latter expected later in the week ... but this is another amount of significant amount of vaccine coming into British Columbia -- Health Minister Adrian Dix

The vaccination program province wide could also soon expand to include those students ages of 12-18 as the province increases the availability of vaccines.

An update on the province's plans is expected to be delivered later this week.

At the end of March when the first vaccinations took place in Prince Rupert, the timeline suggested that with the sixteen week interval period, the second shot would come sometime in July or early August.

From the public health officials notes from Monday and news today of a surge of Pfizer vaccines that are about to come to Canada in the next few weeks and into July it could mean that the second shot timeline may advance for North Coast residents.

Northern Health has not as of yet outlined the strategy for delivery of those second shots, but registration is important to ensure that your name is on the list for when the next round comes a calling.

Earlier this month Northern Health cleared up some of the confusion in the community about the registration process. 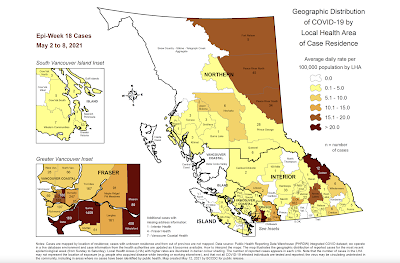 To gain a sense of the success of the first round of vaccination in Prince Rupert, last week's update from the BC CDC indicated that only one new case of COVID had been reported in the week of May 2 to 8, a significant achievement from the concerning days of Early march.

More notes on Health Care across the Northwest can be explored here.