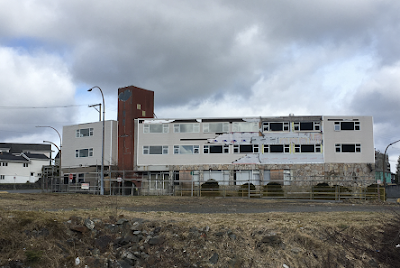 The first property to get the spotlight with the new Official Community Plan got the green light at a Special Council session Wednesday afternoon, as Council members made quick work of approving a minor encroachment concern related to the new Crane's Crossing project.

Council voted to approve a variance and issue the permit for the long desired start to the development of more supportive housing in the community.

The Special session which lasted less than ten minutes opened with a report from the city's contract planners at iPlan who made note of the minor encroachment attributed to the cladding for the building while recommending forward momentum for the work to move ahead.

The full report from iPlan to detail the project can be read as part of the Agenda Package for the Wednesday Session. 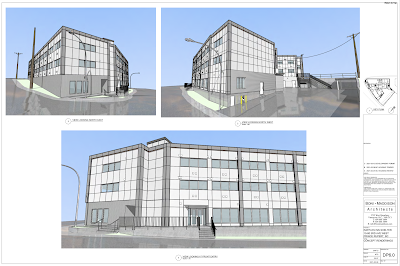 As part of their discussion the Council members spoke of their enthusiasm to see the project get started, with Councillor Nick Adey hailing the project as a key development for the community.

"I just like to say that I'm happy to see this one moving along, if for no other reason than people have been asking when is something going to change on the facade of that building. But also because it speaks to something I've said about a period of growth for Prince Rupert for a long time. And that is that we have to make sure that, to you know use the cliche, 'the rising tide lifts all boats' and we need to make sure that if we're going to grow, we're also taking care of the people who may struggle and I think that this is a piece of that" -- Councillor Nick Adey.

Councillor Mirau took the opportunity to note that the project moves forward as the first one following the adoption of the new Official Community Plan.

"I would just add further to Councillor Adey's discussion I know it was referenced obviously at Monday's Council meeting around the Official Community Plan, so it's obvious that this project was one of many considerations in the timing and adoption of that new Official Community plan and zoning bylaw. So I'm incredibly happy to see this on such short notice after that adoption, cause I mean from my perspective if we had delayed the OCP to do a second public hearing round of engagement and then third and fourth reading, again that would have resulted in at least a couple of months delay and may have caused BC Housing to miss their construction window.  And from my perspective I don't think we want to stand in the way of trying to get 45 people into these supportive housing units as quickly as we can" -- Councillor Blair Mirau

For his part, Mayor Lee Brain noted of the lengthy process towards providing for a permanent facility for those in the community requiring shelter and supportive housing.

"This was one of those long time challenges for the community, you know we've gone from Third Avenue to the Old Fisherman's Hall and now we have a permanent location here. I think we're going to see the beautification of that former though this development, I know BC Housing has plans to make it look very nice."

Mr. Brain also spoke to some of the features of the new facility once it is in operation.

"I know that this shelter is also going to have a 24/7 lounge in the downstairs, so that people have places to hang out during the daytime which is one of the concerns that have been brought forward to us that even though there's a shelter that operates in the nighttime, a lot of time in the daytime during the rain there's no place for people to go. There's shower facilities and then there's going to be you know over forty units here"

The Mayor also observed as to how the project will add to the housing stock for transitional needs.

"Between this Raffles development, the old Raffles building and the Crow's Nest Lodge that's now up and running, you know we're looking at what close to ninety units, eighty, ninety units of transitional housing in this community, which I think is more than fantastic"

Bringing his overview to an end the Mayor paid tribute to the partnerships involved and observed how the  with the passing of the OCP, there are a number of other developers that are ready to move.

"Between the province, the City, the North Coast Transition Society everybody working together for a common goal this is the kind of thing that happens .... I know that there's a whole variety of other developers that are ready to move because of the OCP being adopted, so I'm for one very excited about this project and to see it come to fruition"

The City has yet to post the video to Wednesday's Special Session to their You Tube Archive, should they do so, we will update the story with a link to the discussion.

More notes on past Council topics can be explored from our archive page here.

A wider overview of the housing situation in Prince Rupert as well as across the Northwest  is available from our Housing archive page.