Public comments will be received starting on April 2nd and will be accepted by the Agency until May 1st.

The call for public comment comes following last months publication of an environmental impact study, which outlined among many items that the effects on air quality would not be significant, but would have an impact on the province's green house gas emissions. (pages 21 and 22) 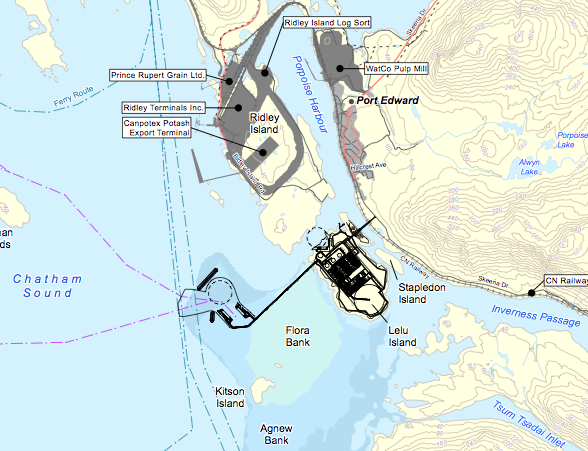 As well as the environmental comments, the impact study also provided a glimpse of the Operation and management plans (page 46)

This next stage of the assessment process will provide the CEAA with public feedback on the project which will then be considered as part of a draft environmental assessment report.

As part of the process, there will be two Information sessions during the comment period, the first on April 7th at the Port Edward Community Centre with the second in Prince Rupert on Tuesday, April 8th at the North Coast Convention Centre.

You can review more information on the public comment process from the CEAA website, all submissions that are received by the Agency will be posted to the EAO website and will become part of the Agency project file.

We have more on the Pacific Northwest LNG project available on our archive page.
Posted by . at 8:03 PM