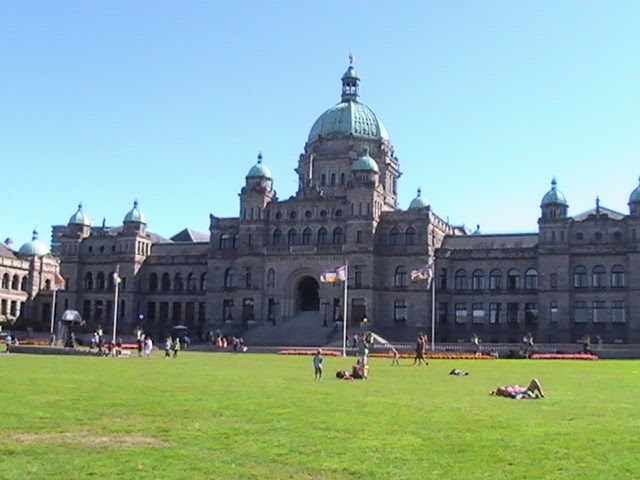 As Prince Rupert City Council continues to work on its financial plan for 2014, they may want to make a phone call, touching base with an old friend living in Victoria.

Looking to bring Jennifer Rice, the MLA for the North Coast into a discussion that she should be familiar with, that of some local issues that are prominent in the local debate on issues of transportation and infrastructure.

As we outlined on the blog this week, Council spent a fair amount of time on Monday evening discussing the deficit for the Airport Ferry, which this year could deliver the need to come up with over 900,000 dollars for operations.

As part of the discussion of Monday night, the topic of seeking more information on the prospect of the provincial government taking responsibility for airport access came up, with a fairly instructive presentation from former Mayor Don Scott on the topic.  (see here)

And while Mayor Mussallem seemed to suggest that most of those avenues have already been pursued, there does seem to be some question as to having received a final and definitive answer on the topic.

So much so, that Councillor Garon suggested that the City needs to follow up on the issue and push it with the provincial government.  The City however, shouldn't have to do all the heavy lifting on that topic, the process could perhaps be assisted with some inquiries in the Legislature from the MLA.

She could seek out the Transportation Minister and ask the popular question of Monday night as to why some communities in the interior have access to their airports in effect covered by the province, while in Prince Rupert, the entire transportation process appears to be a civic responsibility.

Perhaps with a two pronged approach, from the MLA and the City, we at least can finally get a definitive answer on the topic, providing the city with an idea as to what steps may be required to bring down the cost of access which is almost in the million dollar range.

The second item for Ms. Rice's Legislature day timer, may be a follow up on some thoughts from the discussion on the City's Financial planning for 2014.

In particular the aspect of the ability of the city to set a taxation rate that could deliver more revenue from industry  (see here).

During Monday night's session, Councillor Thorkelson spoke out during discussions regarding the prospect of money from the Port by way of Payments in Lieu of Taxes.

Reminding council that the Port concerns with PILT are not the only ones that Council has to deal with and that the province has some responsibility for the current situation as well, as they place a cap on the mill rate and only subsidize old items and not the newer ones.

She suggested that the provincial cap is ridiculously low and needs to be addressed, with many municipalities having to charge their residents more because of the cap on their heavy industry.

(The discussion on that can be found on the City Council Video Archive starting at the 2 hour 12 minute mark and continuing on through until the 2 hour 15 minute mark.

That issue of those cap limits and the impact that they have on the community should be another item that the MLA could offer some assistance with. Taking it to the Legislature and reminding the Government of the burden that some of their financial regulations are providing to communities.

Both items are rather important to the North Coast particularly in light of the financial balancing that they have to engage in at this time of the year.

So making sure that the Government in Victoria is aware of them is something that Ms. Rice should be taking up frequently, setting the table if you will for a follow up discussion with the City and the relevant Ministers.

We have more on the work of the North Coast MLA at the Legislature from our archive page.

Email ThisBlogThis!Share to TwitterShare to FacebookShare to Pinterest
Labels: March 2014, Talking points for MLA Rice in the Legislature