Lost amid all the talk of the city's finances at Monday's council session,  was a fairly interesting presentation from Ms Stephanie Allen, a Senior project officer with BC Housing, who provided about a twenty minute overview of the recent developments with the Government agency and the changing nature of the delivery of social housing to communities in the Northwest.

It was particularly informative as it relates to the current concern over affordable housing across the region as these major economic projects begin to take shape, with Kitimat and Terrace at the moment serving as the canaries in the coal mine when it comes to potential housing issues to come for Prince
Rupert.

During the course of her presentation of Monday, Ms. Allen provided some background on the process involved with BC Housing as it seeks to address issues related to housing for those most in need, within the scope of the current economic climate of cutbacks and required partnerships. 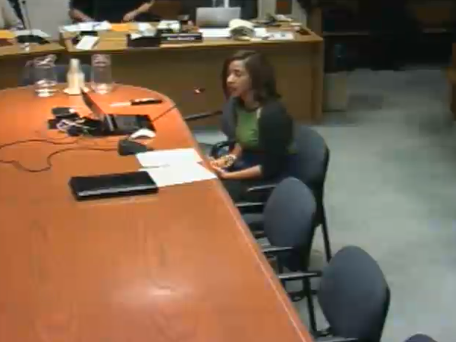 Following the slide show presentation, some of the city's councillors asked questions, or made comments to Ms. Allen regarding the state of housing on the North Coast.

Among the key talking points,  a question from Councillor Garon as to any proposed BC Housing developments in the works for Prince Rupert; she was advised that there is nothing on the table at the moment, however BC Housing is identifying potential prospects for the future.

Councillor Thorkelson had a number of thoughts on the topic, outlining her desire to see more targeted and supportive housing in the community, and inquiring as to the prospect of redevelopment of housing stock in Prince Rupert, this after BC Housing took down a number of housing sites over the last few years.

The new word when it comes to social housing seems to be partnerships, a theme that Ms. Allen referenced a number of times both in her presentation and in the question period that followed.

Councillor Kinney spoke out in support of more housing for seniors in the community, however at the moment it appears that none is in the planning stages for the North Coast.

Councillor Ashley inquired as to whether the City could work with BC Housing to identify housing needs at present and with an eye towards the future when the economic development for the region may begin to increase.

Following up on that theme, the City Manager advised council as to the nature of some of the discussions he, staff and Ms. Allen shared during the day and the prospects of further research and cooperation with BC Housing.

For those with concerns on Social  and affordable Housing in the community, the presentation is well worth a viewing of, offering as it does a bit of a guideline as to what may be ahead for the community.

You can review it from the City's Video Archive for March 24th starting at the 1 hour two minute mark and continuing on through until 1 hour, twenty eight minute point.

For more items of note from City Council sessions see our Discussions from Council Archive page.

For items of interest on housing issues of the Northwest see our archive page for the topic.

Email ThisBlogThis!Share to TwitterShare to FacebookShare to Pinterest
Labels: BC Housing presentation to Council March 24, March 2014