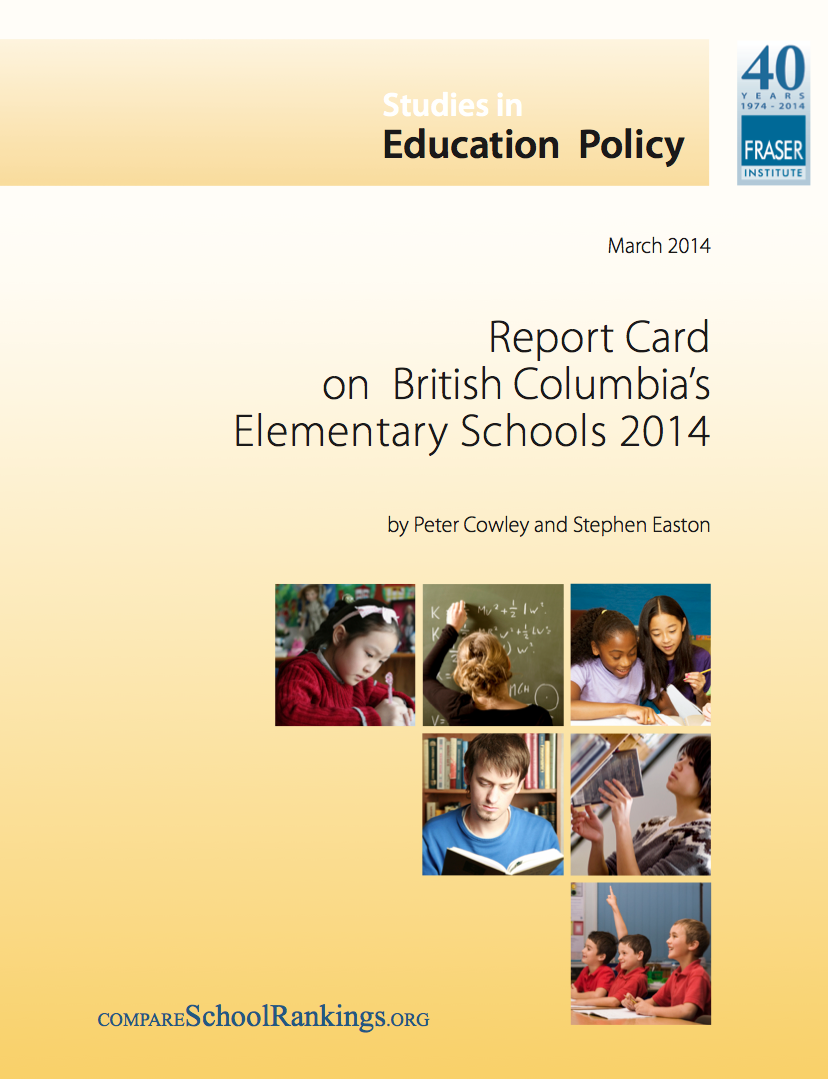 For the Fraser Institute, March is report card month, as the conservative based think tank makes its annual review of British Columbia's elementary schools.

An always controversial report, that framed in the current labour climate between the province's teachers and the Provincial Government, may generate even more in discussion on the topic of education in the province.

Those that loathe the annual review will no doubt find nothing of value to take from the findings.  Likewise those that hold the Fraser Institute report as the definitive review of education in the province, won't be swayed by the concerns of those that have issues with the methodology of the review.

For the rest, the report is for the most part, just another snapshot of the education system on a year to year basis. Not the definitive answer, but a guideline to consider as far as progress or stumbles when it comes to local education in the community.

The attention that the report generates each year, is perhaps owing in part, to a lack of information from local School District's when it comes to school performance.

For many parents, the Fraser Institute report and the Discover your school website provided by the Ministry of Education, offer up the only actual yardstick from which to track the local school's and how local students fare on a provincial basis.

The Fraser Institute report was compiled by Peter Cowley and Stephen T. Easton, who provide this introduction to their findings.

A full download of the report can be found here, providing for background on how they put the project together each year and what parents should take from their various tables and graphs.

As for the results, for Prince Rupert residents, the rankings of local schools from the Fraser Institute hold fairly close to those of the past with a few subtle changes along the way.

Independent School Annunciation was listed at the top of the local rankings, listed 220th out of the 982 schools reviewed across BC. They were provided a Rating of 7.2 / 10
You can examine their snapshot here.

The elementary Schools of District 52 were listed as follows:

Roosevelt Park School was ranked at 961 of the 982 schools surveyed. Provided a Rating of 2.0 / 10.
You can review the snapshot for Roosevelt here.

Port Edward school was not listed in the Fraser Institute Review.

The annual review doesn't normally gain much of a reception from School District's across the province, with many taking issue to the baseline of statistical review as the sole arbitrator of how a school is doing.

Over the last few years, the FSA's in themselves have become a controversial aspect of the debate on education in BC schools, see here and here.

Still, for a document that many seem to dislike with a passion, the Fraser Institute reports do generate discussion on education in the province, which in itself isn't necessarily a bad thing.

As controversial as the reports have become, they also provide for much in the way of media coverage, some of which you can find below, updated as required.

With delivery of their elementary report card, the Fraser Institute will now turn its attention towards its Secondary School Review, which will be released later in the spring.
Posted by . at 9:08 AM