After a rough start to their AA Provincial Basketball Tournament ambitions, the Charles Hays Senior Girls Rainmakers wrapped up their stay in Langley on a successful note. Taking to the court Saturday morning for the final time, playing hard and confidently to an impressive 64 to 36 victory over JL Crowe  from Trail.

The Rainmaker girls found their range early in the game and never seemed to be in any trouble, with contributions from all that were on the court.

Through both the first and second half of play, the Rainmaker's executed head coach Sara Barrow's  game plan almost to perfection, their efforts featuring some impressive offensive and defensive play on the way to the victory.

For the Senior Girls, the majority of their time in Langley provided for some tough competition. While their first game of the tournament didn't seem to go to plan, the Rainmakers remained competitive through the tournament, leading up to their final match of Saturday.

As the week went by, they began to build on their strengths and found some rhythm to their game, improving with each outing and clearly gaining confidence as the Tournament moved towards the final day.

The result of which was a fairly complete team effort on Saturday. Work which finally paid dividends and provided for their first tournament win, in their final game of the tournament.

Results from the week in Langley were as follows. 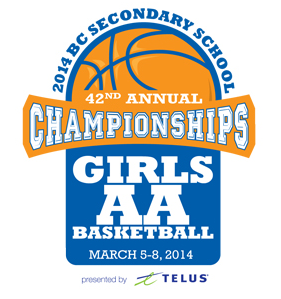 
You can review the week just passed and some background items on the Senior Girls at the AA tournament from our Archive page of earlier this week.

As well, for those readers of the blog from Terrace, results for Caledonia Secondary at the AAA tournament can be found there as well.

The basketball season isn't quite finished yet for Charles Hays Secondary and fans of the Rainmakers. With one more tournament to go before this year's bounty of basketball tournament action comes to an end.

The Senior Boy's Rainmakers are set to make their trip to Langley this coming week,  looking to secure their spot in the Championship game of the AAA Senior Boys Basketball Tournament.

That high profile British Columbia Basketball event, is set to launch on Wednesday.

Along with the exposure to top flight competition, teams competing find that there is added attention that comes with a placement in the final tournament of the year.

With the Vancouver media in particular, placing extra attention to the results and backgrounds of the end of Tournament season.

Our page dedicated to the Senior Boys tournament will be posted on Tuesday, offering up the schedule of games and some background on the Provincial finals.

There is more on our Archive page from past items on Charles Hays Sports.
Posted by . at 1:42 PM