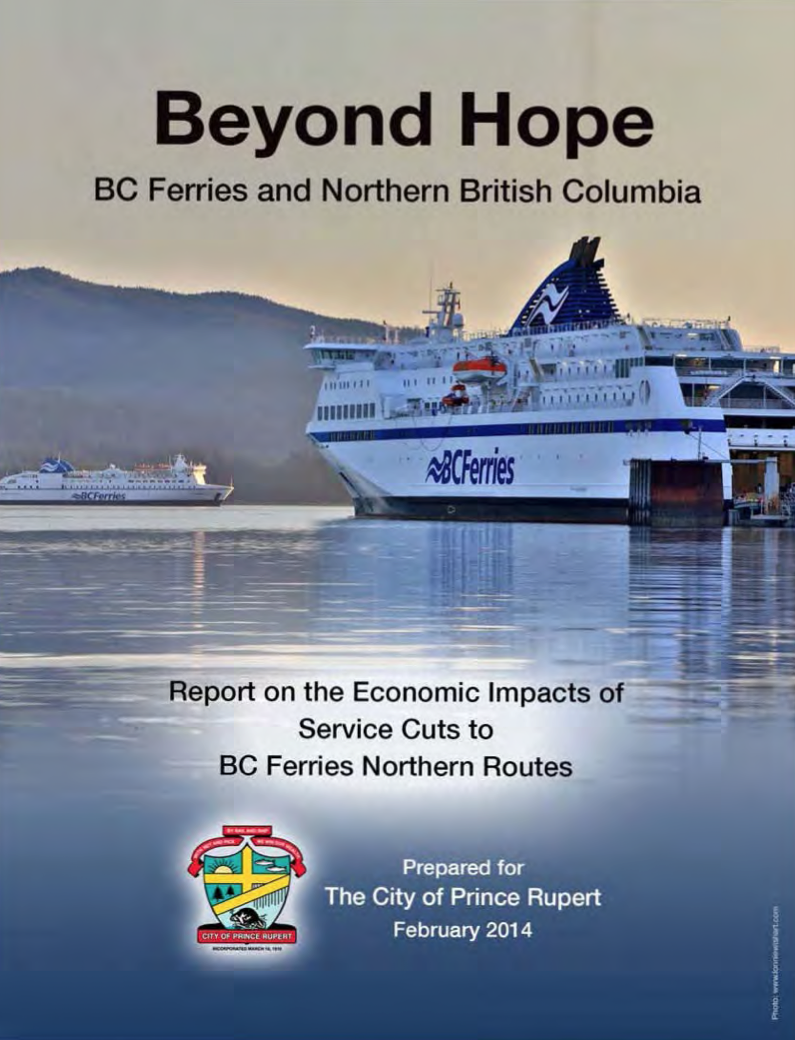 As we outlined last week on the blog, the City of Prince Rupert's Ferry Study has been making the rounds of Northern British Columbia.

As city and town councils from Haida Gwaii through to Prince George and beyond, read up on Mayor Mussallem's talking points on the theme of the provincial government's proposed cutbacks to the Northern routes of the ferry system.

And as we get closer to the introduction of those schedule changes, communities far from the Ferry docks of Prince Rupert, Port Hardy and Skidegate have started to weigh in on the proposed cuts to the BC Ferries schedule for the Northern Routes of the Service.

In particular, the report seems to have resonated in Prince George, where the Fraser Fort George Regional District has given it a thumbs up and offered their support to the cause of slowing down the province's rush to slashing the sailings from the North Coast.

Some of the attention to the city's study can be found below: Time however is running short for the save the sailings campaign, the revised schedule goes into effect on April 28th.

Ferry users can view the schedule for the summer, fall and ahead into 2015 from the BC Ferries website.

At the moment it seems doubtful that the province will be moving to suspend their plans to reduce the sailings.

However, keeping the pressure on the government could at least provide for a review of the entire situation, complete with the financial impact study that the City of Prince Rupert would like to see as part of any comprehensive review of the situation.

Something that the North Coast's MLA Jennifer Rice might want to enlist some help on from members of her NDP collective in Victoria, while the City works the community to community aspect both on the coast, Vancouver Island and far into the interior of the province.

We have more items of note on BC Ferries on our Transportation archive page
Posted by . at 9:04 AM

Email ThisBlogThis!Share to TwitterShare to FacebookShare to Pinterest
Labels: BC Ferries study getting a bit of attention inland, March 2014