A few weeks back we outlined that a new bursary was being made available to students at Northwest Community, as Enbridge Northern Gateway and the college announced plans to create six bursaries of 2500 dollars each for Northwest students.

It wold provide for a fifteen thousand dollar opportunity for local students to put towards their education. The bursaries were to be provided to assist in funding to help Northwest students access trades training at the college.

Two weeks later however, it appears that the community college has had second thoughts on the source of that bursary money.  Though as of today, the notice of the bursary program is still posted to their website.

CFNR was the first to report that NWCC has reportedly turned down the Enbridge bursaries, though no reason for that decision has yet to be delivered by the college. 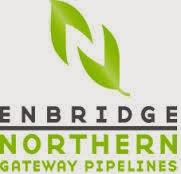 According to the CFNR report, Ivan Giesbrecht who represents Enbridge, outlined that some 70 students had already applied for the bursary prior to the  NWCC decision not to accept the donation from the Canadian energy company.

The Terrace Standard offers up a bit of review of the timeline of the decision from the NWCC Board, as well as the short two sentence notice of their decision.

It is interesting to note that NWCC has received bursary donations from other companies in the Northwest in the last year, some of which come from corporations that are involved in controversial developments or industries in the region.

Yet at those times, there was no apparent hesitation in accepting that financial assistance for students.

Today, the Terrace Standard outlines that NWCC remains committed to providing bursaries and that the college is renewing discussions with Enbridge on the nature of their bursary opportunity, without the college becoming officially involved in it.

Clearly NWCC will have to provide a bit more information than a couple of sentences outlining their reversal on the Enbridge bursaries and how they believe it may develop in the future.

NWCC should provide Northwest residents with a better understanding of the Enbridge controversy in this particular case, as well as an overview of the process of accepting bursary opportunities.

More to the point, NWCC should offer up an explanation as to why in an era of financial struggles, they have chosen not to accept financial assistance from a prominent national company.

There is more about developments at NWCC available on our archive page
Posted by . at 1:15 PM