A Saint Thomas More Wall, brings an end to the Rainmakers run 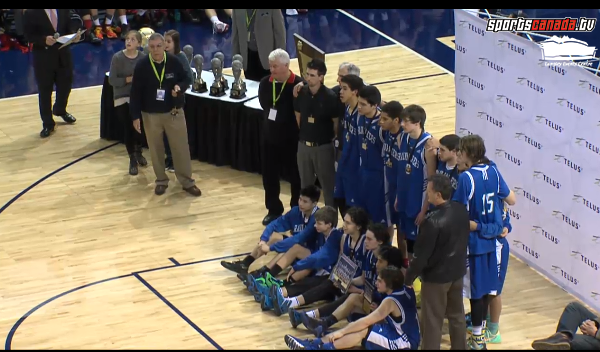 Offence puts points on the board, but defence can secure a victory.

And on Championship Saturday night at the Langley Entertainment Centre, it was the defensive play of the Saint Thomas More Knights, that brought to an an end the Charles Hays Rainmakers hopes at the AAA Provincials.

Using a smothering defence on the Rainmakers, in particular by double teaming forward Justin McChesney the Knights shut down the Charles Hays attack, making good on their own offensive opportunities whenever opportunity arose.

The Rainmakers grabbed the lead from the tip off, but shortly after that opening shot, the Burnaby based school jumped out to an early lead and never relinquished it. The Rainmakers holding tough through an entertaining first quarter, only four points behind the pace of the Burnaby team after ten minutes, trailing the Knights 15-11.

The battles of the boards going the way of the Knights, who took advantage of their second chances in the Rainmaker end of the court.

While defensively, the physical play on McChesney, as well as an ability to reduce the Rainmakers looks and push the Charles Hays shooters to the fringes, all played a part in shutting down any dangerous scoring opportunities.

In the early stages of the second quarter, the Rainmakers stayed close, closing the gap to three points, then two after two minutes. Forcing turnovers, but struggling to convert them to scores, losing the opportunity to capitalize on the few errors that Thomas More made through the game.

Charles Hays would mount an offensive push and pick up a basket, only to have the Knights return down the court and answer it immediately, a pattern that repeated itself frequently through the middle stages of the second quarter.

The Rainmakers for the most part stayed with the starting five for the majority of the game, with only  one sub in the first twenty minutes, with Saul Rudderham entering the game in the latter stages of the second quarter, providing a rest for Garrett Kobza.

By comparison, Thomas More, rotated in their bench, to spell off the starting five, reducing their exposure to the growing number of foul calls, most of them coming off the body of Justin McChesney.

Clearly the key design of the Knights defence was to be constantly in the face, on the back in the way of the Rainmaker forward, making him fight his way through for every shot attempt or rebound of the first twenty minutes. 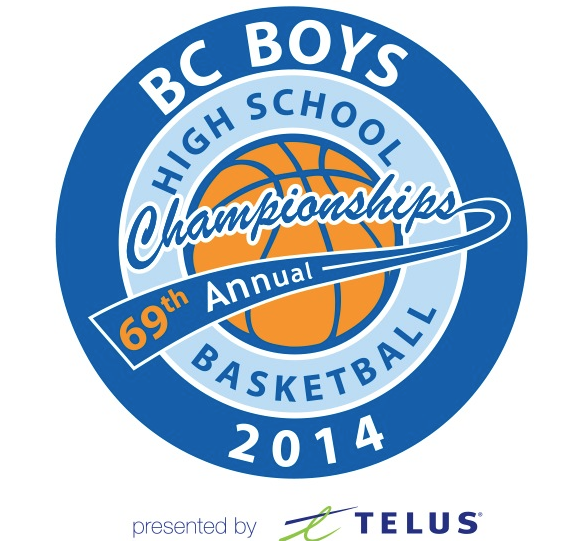 Thomas More took over the play for good in the third quarter,  jumping out to a twelve point lead in the first four minutes.

The task ahead for Charles Hays growing harder by the minute, with the Rainmakers needing to not only make the stops against the high octane Knights, but then to make sure they scored on the transition game, which was something that the Burnaby team wasn't going to allow.

Anytime the Rainmakers would show a burst of energy, the Knights would shut it down, denying lanes and as they did through most of the first half making the plays on the boards to deny second chances.

By three quarter time, Thomas More was holding a twelve point lead at 41-29 and looking very confident that they had control of the game.

Shutting down the offensive options for Charles Hays was a key aspect of the final ten minutes, the physical play in the key again a pivotal part of their game plan, knocking the Rainmakers off the rhythm that they had found through the week.

Shots that found their range on Wednesday, Thursday or Friday bounced harmlessly off a rim or rattled a backboard, with the Knight rebounders there to corral the ball, snuffing out any opportunity for Charles Hays to try and claw their way back.

Saturday night, the Rainmakers ran into a defence like none that they had seen in their first three games in Langley. The solid discipline of the Thomas More team left Charles Hays unable to find a crack to exploit and the Knights gave no indication that they were inclined to provide them with one.

As the Rainmakers pressed, they began to turn the ball over more frequently, something that the experienced Thomas More team had much success with, knocking down threes and twos moving on to a 48 - 31 lead by the 6 minute mark.

Charles Hays started to fade in the final few minutes, the long run of high energy basketball of three days finally exacting its toll on a starting five, a group that left all of their effort on the courts of the Langley sports complexes.

They rallied for a few more baskets, though much of those owing to the Knights letting up on their blanket defence in the final moments, as the final seconds evaporated, the large crowd that made the trek from Burnaby celebrated a 53-38 victory.

While over on the other side of the Arena bowl, the legion of Rainmaker fans who had been loud and enthusiastic for the entire game, saluted the Rainmakers for what was a run that many will talk about with justifiable pride.

In Post Game awards, two Rainmakers were recognized for achievement at this years tournament, Garrett Kobza a workhorse on the boards was named to the second all star team.

While Justin McChesney, who dominated play through much of the tournament, made some space for himself as a first team all star.


Both worthy of their selections from their work over four days in March.

In any final game, the trophy presentations tell the final story of the drama, over on the Thomas More side obvious glee as they collected their gold medals.

Across the way, over on the Charles Hay bench the looks on the faces of the Rainmakers squad highlighted the ages old feeling that silver brings to teams everywhere.

Yet, with the passage of a few days, disappointment will give way to a feeling of pride, for a run that none of those on the 2014 Rainmaker squad will forget.

A string of thrilling victories and entertaining basketball that took them to a Championship Final.

There are some fifteen other teams that competed in Langley this week that salute their success and back on the North Coast, a hometown that celebrates a journey and a hard fought effort.

A full review of the week that was is available on our tournament archive page.

Email ThisBlogThis!Share to TwitterShare to FacebookShare to Pinterest
Labels: March 2014, Thomas More too much for Rainmakers in final