The Prince Rupert detachment of the RCMP is asking that the public remain vigilant after a disturbing Friday evening incident on the city's east side.

Friday evening members of the Prince Rupert detachment were called to the Drake Crescent area of the city.

Responding to a call for assistance after a young girl, who had been playing at a friend's house, began her trip home and was reportedly grabbed near a wooded area of the neighbourhood. 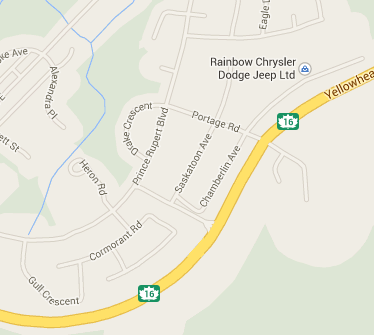 The suspect, a young man wearing dark clothing and sunglasses tripped and fell, allowing the girl to get away. Her screams alerted her friends who discovered her unharmed, they then in turn took her to her parents who called the RCMP.

Given the concerning nature of what appears to be a random  incident, police are informing the community of this event and ask that they remain vigilant when out and about ... Currently the matter is under investigation, and we are asking the public to report any persons acting suspiciously around young people. -- Constable Matthew Ericson, Prince Rupert RCMP

As part of their investigation the RCMP is seeking further information on the incident, adding that should the public notice anyone acting suspiciously around young people that they contact the RCMP at 911.

Email ThisBlogThis!Share to TwitterShare to FacebookShare to Pinterest
Labels: RCMP seek public assistance after East Side incident in Prince Rupert