Weekend weather mainly a transportation concern more than anything else

Compared to other parts of British Columbia, the North Coast for the most part got off the hook when it came to the effects of the first major winter storm for 2015. Making Sunday mostly an inconvenient and for some troublesome day of travelling and not much more.

All in all, the anticipated snow levels forecast for the North Coast never quite arrived, the prediction of 20 centimetres giving way to significantly less, though Sunday did provide for some travel problems for those looking to fly out of Prince Rupert Airport, or take the inter-island ferry on Haida Gwaii.

Sunday's scheduled flights out of YPR featured one outright cancellation for the morning flight, while the Sunday evening flight was delayed by close to two hours plus, by the time passengers had made their way in and out of the City through the Digby Island Airport. 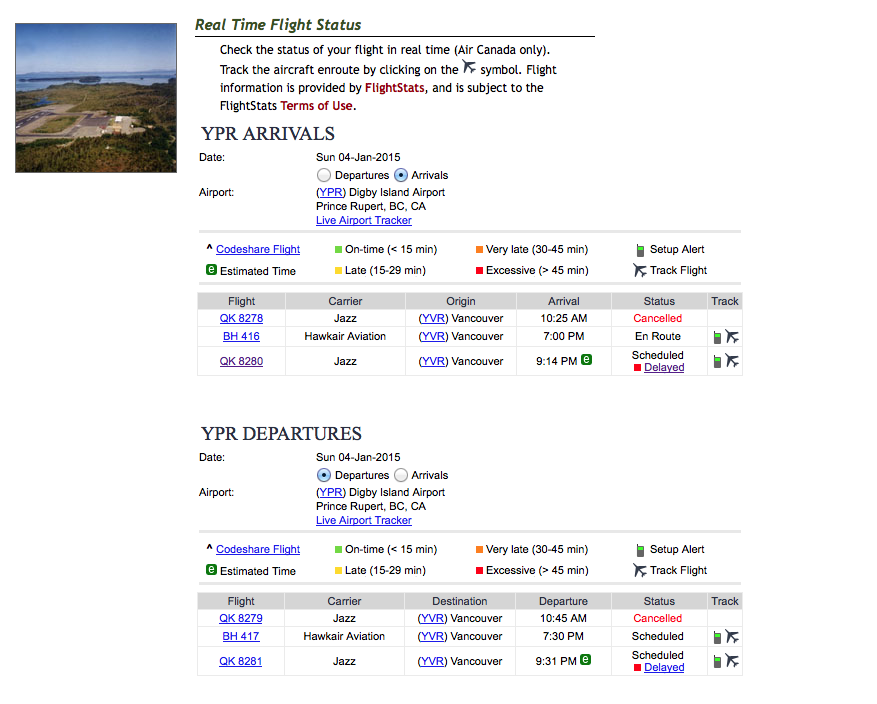 Terrace Airport had a few delays as well, though no flights were cancelled owing to the blowing snow and accumulations that arrived further inland on Sunday. 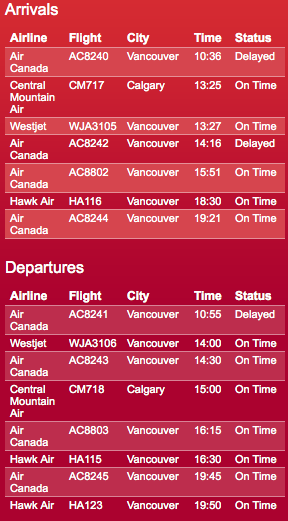 On Haida Gwaii, the weather resulted in the suspension of ferry service for the MV Kwuna in the early portion of Sunday morning, though the route was back on schedule by the noon hour.

For those heading eastbound of Prince Rupert, Road Conditions on Sunday featured compact snow along Highway 16 into Terrace, with  slippery patches and blowing snow listed as some of the challenges for motorists on the day, but Drive BC never listed any major notices during the course of the day.

However, the weather did have an impact on Shames Mountain, which remained closed through the morning and towards the Noon hour owing to strong wind conditions. 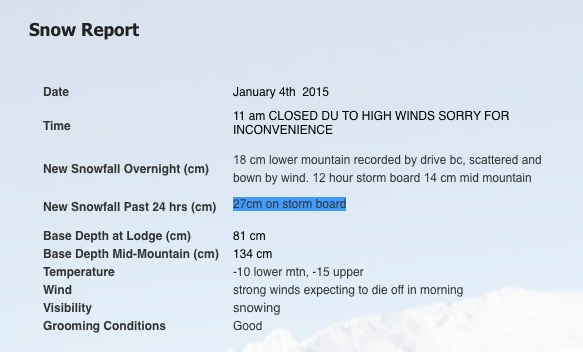 For the most part however, Sunday's weather system didn't quite deliver the punch that Environment Canada had issued warnings about, though no one we imagine is complaining about that too much today.

For the rest of the week, we'll have to deal with a bit more snow through until Tuesday, following that period of time, the temperatures will warm up towards the 7 degree mark and rain will be in the forecast for the remainder of the week.

You can review out past items related to weather alerts and warnings from our archive page here.
Posted by . at 8:18 AM

Email ThisBlogThis!Share to TwitterShare to FacebookShare to Pinterest
Labels: January 4 2015, Weather punch not delivered over weekend