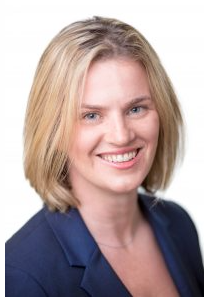 North Coast MLA Jennifer Rice offered up her first comments on the cancellation of the Pacific NorthWest LNG project, issuing a mid Wednesday afternoon statement that pointed more to the future for Prince Rupert and the North Coast, than dwelling much on the project that was just cancelled.

The only actual mention of the decision by Petronas to bring to an end it's plans for development of the LNG terminal proposed for Lelu Island, made a nod towards global market conditions and how some look at the news as an opportunity lost, while others are focused on the protection for the salmon habitat of the island., her comments then wrapped up in a clarion call to help build a better BC

Reaction to Pacific Northwest LNG pulling out in Prince Rupert has been as diverse as the people who reside here – many are not surprised considering global market conditions, some are celebrating the protection of salmon habitat off Lelu island and there are those who feel the wind has been knocked from the sails and all economic opportunity lost.

I can appreciate the range of reactions felt by all. We all care deeply about our community. We all want to see Prince Rupert and neighbouring communities thrive with people working and services we count on in place.

We all want to build a better B.C.

The rest of Ms. Rice's address for the community rattled off a list of some of the bright spots ahead for the North Coast, ranging from port development, to increased tourism and even a shout out for the City of Prince Rupert's plans to prepare Watson Island for future development.

She also noted that there are other LNG projects in various stages of review, though she did not specifically identify those proposals, remaining rather vague however as to which ones she may be in support of.

On the list of the remaining proposed LNG terminals for the regions is the Aurora LNG project proposed for Digby Island, currently now the only one that is seemingly in an active phase for the Prince Rupert region and a proposal that the MLA has had a few things to say about in recent months. The latter half of her statement from today offered up much of the same themes as the recent election campaign, though this time the presentation was delivered in the terminology of a sitting government member, as opposed to that of an opposition member.

Developing a diverse range of small, medium and large industries is what creates stability in small communities like ours. Diverse industries protect us from the volatile fluctuations of boom/bust economies.

Rest assured your government is working hard to diversify and strengthen our economy, and create more jobs. Regardless of your reaction to Pacific Northwest LNG’s decision, there is much to embrace and already celebrate in Prince Rupert and the Northwest.

Our collective future is bright.

You can review the full statement from the MLA's facebook page here.

Further background on her work as MLA for the North Coast can be reviewed from our Legislature archive page.