Workers were busy setting up forms for the pouring of cement, with fencing directing pedestrians away from both traffic and the ongoing work to bring the city's downtown sidewalks. 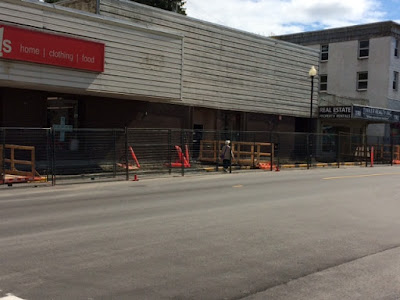 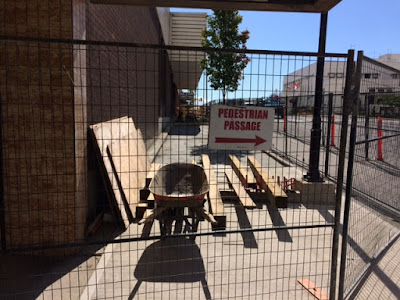 The Third Avenue project received its start last year, announced with a significant amount of fanfare from the City through it's ReBuild Rupert banner back in October of 2015, with Rupert Wood and Steel having been awarded to work for portions of the sidewalk from McBride up towards City Hall through 2016.

So far there has been no similar announcement from the city, whether through the city website or the Mayor's Facebook portal, that declares the official start to this Season  of the Sidewalk rebuild initiative, nor the reviews the scope, or cost allocation, that is in place for this years work.

Earlier this month a report posted to the Legacy Inc. website noted that in 2016 the City of Prince Rupert had allocated 250,000 from the Legacy Fund for sidewalk work in the community.

The remediation of the city's downtown walkway along Third Avenue is now in the third year of its five year timeline.

Sidewalks are among a number of areas where the City is reinvesting in the city's infrastructure, you can review some of the other areas that the City continues to work on from our archive page here.

For more items related to City council discussions and decisions see our archive page here.
Posted by . at 10:00 AM