Whatever crime suppression methods that the Prince Rupert detachment of the RCMP have put in place in recent months appear to be working, with the recent review of Crime Severity numbers for 2016 in Canada showing that our North Coast city has seen a reduction from last years levels.

Statistics Canada released their annual report on Crime Severity statistics last week and for Prince Rupert the numbers are showing improving trends in a number of areas.

The Crime Severity Index for Prince Rupert Urban is noted at 121.14 which is down 21.67 percent from last years report and marks for a significant decline from the overall listings compared to 2015. 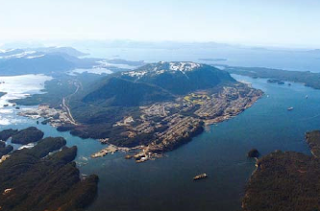 A look at the statistical review over the last five years provides a snapshot of the progress made by the local detachment when it comes to the findings from the Index since 2012. (click on charts to expand) 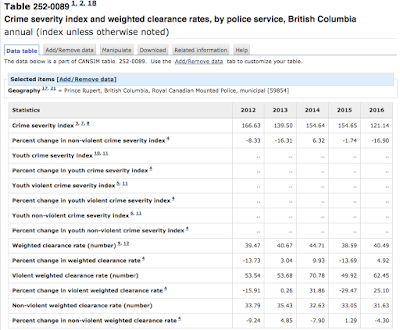 Prince Rupert has also seen similar reductions in their numbers for rural policing, those jurisdictions where the RCMP respond to calls located outside of the urban city limits. 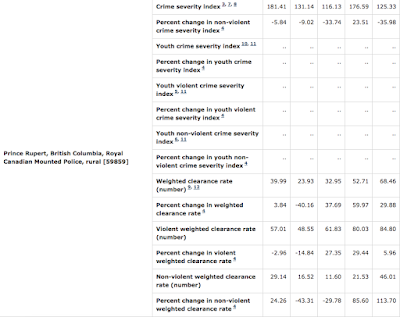 In the Northwest, Terrace has taken the infamous top spot for Crime severity, moving into the Top 20 Canada wide for communities with a population of 10,000 or more 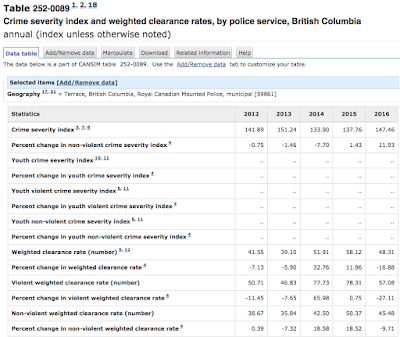 Snapshots for the remainder of the Northwest look as follows.

Smithers has seen some improvement from last years numbers:

Kitimat had the lowest numbers of the major Northwest communities

To compare the Northwest to the remainder of the province, two British Columbia communities claimed a Top Ten finish for Canada when it comes to crime and its impact with Williams Lake and Langley among the nations communities facing crime issues in 2016.

Prince George, the largest community in Northern British Columbia had a Crime Severity Index of 154.39 a four percent increase.

You can select and review the full listings for Northwest communities and all of British Columbia from the Stats Canada website here.

Some background into how they determine their statistical review can be examined here.

Notes related to the work of emergency responders in the Northwest can be found on our archive page.
Posted by . at 11:10 AM