Prince Rupert would appear to be finding success in luring boaters to come ashore for a few days, with a trek down to Cow Bay yesterday showing the both the Cow Bay Marina and Prince Rupert Yacht Club berths were being well used by boaters arriving at and departing from the North Coast.

The Cow Bay facility is in its first full year of operation this summer, having had an off season to spread the word of the newest location on the North Coast to tie up your boat on your travels up and down the coast.

Previous notes related to the city run marine facility can be found here. 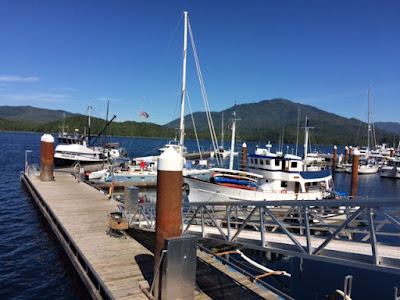 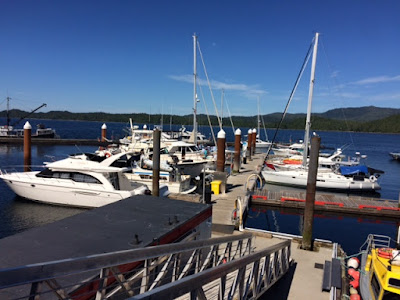 Likewise, the Prince Rupert Yacht Club has been a busy location over the last few months as local residents and visitors from beyond the North Coast make use of the facilities.

As we noted on the blog yesterday, the Yacht Club is currently undergoing a major reconstruction project, with a new main building now under construction taking shape on the Cow Bay waterfront.

While the Cow Bay marina may be relatively new to the scene for boaters, the Yacht Club has history to call on to mark its presence on the Prince Rupert waterfront, dating back to 1912.  Such is its reputation across Canada that the PRYC was featured in this story from Canadian Yachting. 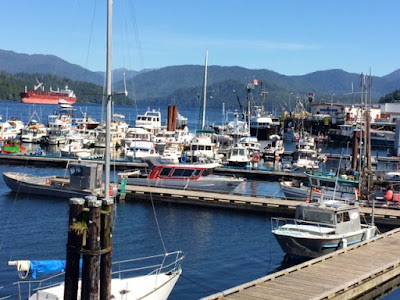 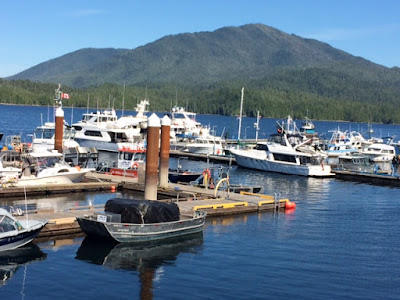 More notes on tourism on the North Coast can be found on our archive page here.
Posted by . at 10:19 AM

Email ThisBlogThis!Share to TwitterShare to FacebookShare to Pinterest
Labels: Busy days for marina facilities in the city