The members of the collective have dwindled a bit from the halcyon days of Seniors Hockey across Northern BC, with the CIHL finding itself down one more squad this season.

That development coming after the Smithers Steelheads announced their plans over the summer, advising that they are to bow out of competition for now.

And indeed for a bit of the summer, it appeared that the fate of the league might be in peril with Kitimat also having some struggles in securing enough players for the upcoming season, taking to their Facebook page in May to make a call for commitments. 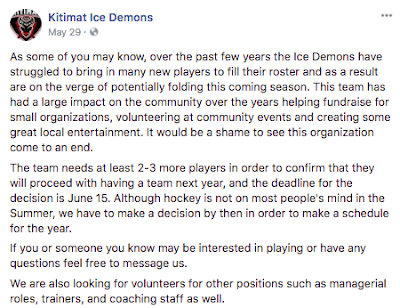 As things evolved through July and August, five teams indicated plans to move forward with the 2017-18 season, with the league to feature the three Northwest teams of Kitimat, Terrace and Prince Rupert, to go along with the two Cariboo squads of Quesnel and Williams Lake.

The call of the ice has remained strong over the summer for the remaining teams, with tryouts now under way across the league this month. 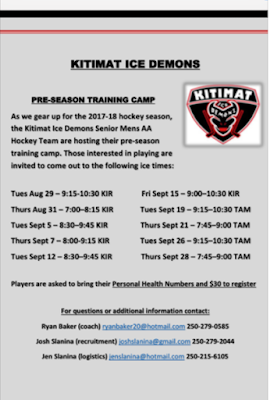 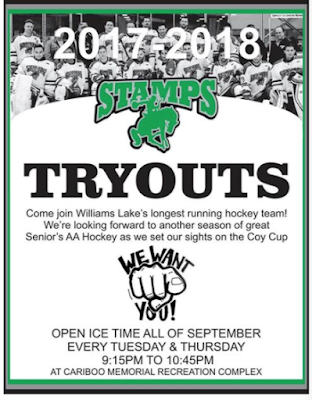 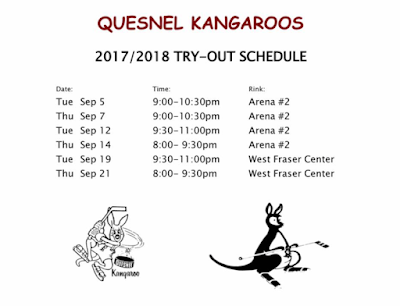 Have you got what it takes? Quesnel Kangaroos host tryouts

On the local front, the Prince Rupert Rampage remain on a bit of a stealth mode so far, with few notes updated on their various on line portals offering up any kind of background on the season ahead.

However,  a glimpse of the schedule for 2017-18 indicates that travel will be one element of the season that will make for some challenges for the Northwest teams. With the Rhinos on the road for much of October and a stretch through late November and into December.

As the season moves forward into the late fall and early winter, the Rupert squad will load up the highway cruiser for long range journeys on two occasions, with the lengthy road treks deep into the Cariboo set for October and December.

The home stretch towards playoff time however will make for a string of home dates in the friendly confines of the Civic Centre, with five Rampage dates scheduled at the Jim from December 9th on to the end of the season in late January.

Opening night for the sixteen game season comes up on September 30th at the Jim, when the Rampage play host to the Kitimat Ice Demons for a 7 PM puck drop.

As we have in the past, we'll track the developments of the CIHL through our archive pages, with our 2017-18 edition now available for viewing below:

Email ThisBlogThis!Share to TwitterShare to FacebookShare to Pinterest
Labels: CIHL 2017-18