The networking, political speeches and workshops have come to an end in Haines, Alaska as delegates to the 2017 Fall Southeast Conference now make their way back to their respective communities with a number of things to report back to the folks back home on. 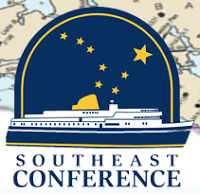 The delegates tackled an ambitious agenda over the course of the convention which took place from Tuesday to Thursday,  among just a few of the topics explored were themes from economic development, health care, energy and resource development.

Transportation, an issue that is of particular interest for Prince Rupert made for a dominant area of note for the delegates, as delegates settled in for a full review of the fate of the Alaska Marine Highway System, a topic which captured a good portion of the Wednesday discussion at the Haines sessions. 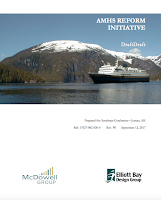 After hearing a presentation from AMHS representatives on their latest draft report on the state of the service, the delegates to the Southeast Conference voted to formally endorse a plan that would see the state run ferry system shift towards the status of a public corporation, with the Alaska Railroad serving as  kind of template for how they would like to see the service evolve.

It's not the first time that Alaskan representatives have suggested the shift towards a public corporation concept, the proposal has been floated a number of times in the past, but never seemed to gain the full support of those elected to the Alaska's Legislature.

One surprising development from the Wednesday session came from as part of the review of the Alaska Marine Highway System, with an Alaskan Legislator making not that owing to some political troubles, the transportation system may actually run out of money by April of 2018.

Bert Stedman, the Republican Senator for Sitka alerted the gathering to the issue, noting that the Ferry Service could be in financial trouble owing to a provision related to health care in the state budget that could see up to 23 million dollars taken out of the AMHS budget.

He pointed to his fellow legislators as responsible for the potential mess that would take about a third of the direct funding from the Legislature for the Ferry Service, noting that if it isn't addressed the Ferry Service may not be able to sail from the time it runs out of money in April and when it the new Budget funding starts in July.

With the 2017-18 conference at an end, Alaskan officials are now accepting applications for those communities looking to serve as host cities for future events.

Prince Rupert last played host to the annual gathering in 2015.

More notes related to developments with the Alaska Marine Highway System can be reviewed on our archive page.
Posted by . at 9:56 AM

Email ThisBlogThis!Share to TwitterShare to FacebookShare to Pinterest
Labels: Southeast Conference wraps up in Haines