Regional news voice to go silent at end of the month, as 250 News prepares to close down operations

For 12 years, 250News, once known as Opinion250, has provided for an independent news voice for Northern British Columbia, and while the online news service for the most part focused its attention on the Prince George area, at times it did shift its gaze to the west, taking note of developments on the North Coast and throughout the Northwest.

That attention however comes to an end at the end of this month, as Elaine MacDonald-Meisner, one of the co-founders of the venture closes the book on her project.

Opinion 250 was the creation of Ms. MacDonald-Meisner and her husband, long time Prince George journalist/commentator and community icon Ben Meisner, together they launched the website and began to rattle some cages around Northern British Columbia's largest centre.

Along the way the venture grew took on staff members and became a daily fixture for many across Northern British Columbia, on occasion finding itself on the Do Not return a call list from municipal and regional politicians.

The fact that elected officials, or their staff could be angered towards such measures by the dogged determination by 250 News to explore the issues and get to the story, is something that provided a pretty good sign that those working at the news site were quite effective at their dedication towards shining a bit of light on municipal and provincial mattes.

Two and a half years ago, in April of 2015 Mr. Mesiner passed away after a battle with cancer, a loss commemorated by many in the Prince George region and beyond.

His passing came ten years after launching the news site that became one of his signature works in the community, that from a career that saw him host a talk show, pen and voice opinion pieces and become one of the go to persons in Prince George when it came to seeking out some comment on issues in that community. 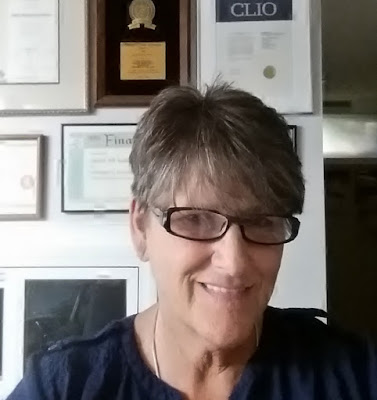 As Ms. MacDonald-Meisner explains in in the announcement from Friday that heralds the end of the news site later this month, Mr. Mesiner's absence and the effort required to keep 250News in motion has weighed heavy on her.

“250News is a 24 hour, seven day a week operation which requires a great deal of time and energy to maintain. Since the passing of my husband and partner in this business, Ben Meisner, it just hasn’t been the same.”

Over the course of an average weekday, 250News would generate 10 to 12 stories per day, some of them of the community notes vein, while others were more investigative in nature, particularly those that focused on municipal politics.

In an era of consolidation in the news business and a shift away from covering actual news, with more and more news outlets turning news services into community feature and soft news platforms, 250News served an important function that in many cases stayed true to the concept that news is still important.

The ambitious project proved its worth time and time again, with some of the stories generated by the news organization leading the path for the rest of Prince George's media to rush to catch up to the news curve.

The end of their work in thirteen days will certainly leave a gap in the flow of information in the region and in particular reduce the oversight of political leaders in Prince George and beyond.

If you haven't had an opportunity to review their work, you can follow their news team along for their final days of posting current items, as well as to dig into their archives of the past.

Some of the eulogies for the news site from Prince George can be reviewed below:

More notes related to Communications on the North Coast can be reviewed on our archive page
Posted by . at 10:11 AM