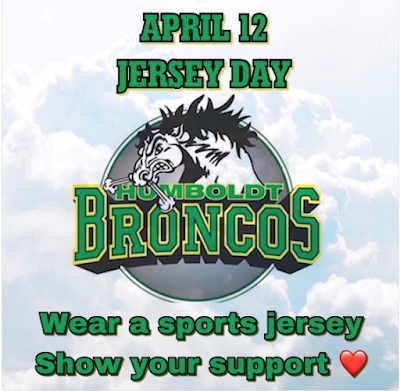 In the days following the horrific events of Friday night on a rural Saskatchewan highway, a movement is spreading across the nation to find some grass roots ways to show solidarity with the community of Humboldt, Saskatchewan.

As we observed on Sunday, the reaction across Canada to the news of the death of 15 souls associated with the Humboldt Broncos hockey club has been an emotional one, the shared experience of parents and families when it comes to bus travel for their youth and young adults bringing the events of Friday night that much closer to home.

One way that has been offered up to show support for the families of those that have passed and the community of Humboldt, has been to dedicate this Thursday, April 12th as a jersey day at schools across the country.

The project is the creation of some hockey Mom's in Langley, who like many across the country wanted to find some way to lend their voice of support to the families in Saskatchewan

Ecole Roosevelt Park Community School has been one of the first to take up that torch in Prince Rupert, with teacher Mike McDowall sharing the participation of the school through twitter.

The push to help spread the word on the Thursday plans is also being found across the Northwest, with  Smithers Mayor Taylor Bachrach helping to spread news of the initiative in the Smithers area.

The twitter feed #jerseysforhumboldt is providing a sample of the growing number of those participating in Thursday's show of support.

We'll keep an eye on the social media streams over the next few days, and update the list of schools and groups participating as Thursday draws closer.

The Prince Rupert Rampage show their support for Jerseysforhumbolt 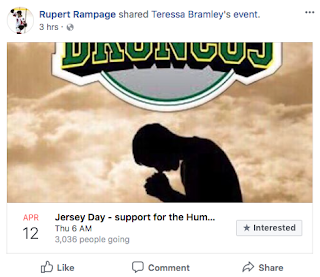 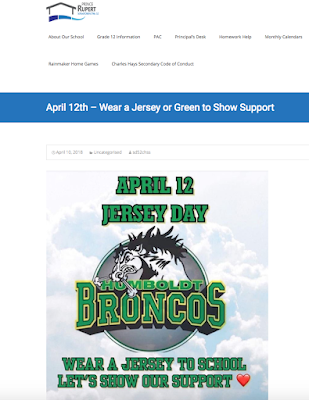 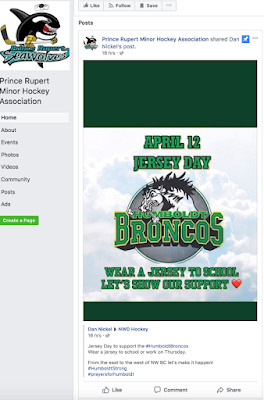 Northwest Community College will observe Jersey Day in Prince Rupert and at other campus locations across the Northwest. 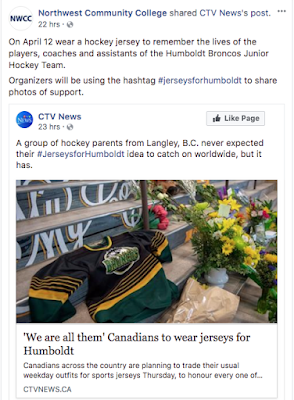 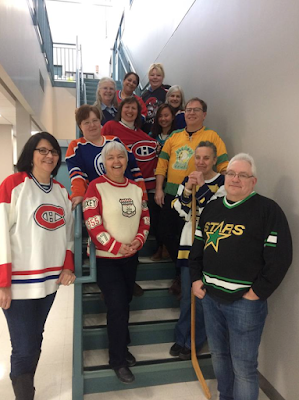 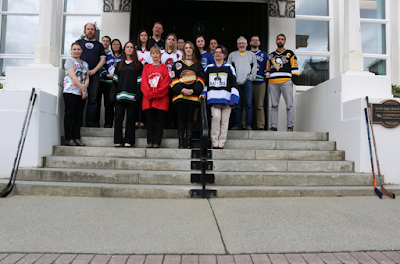 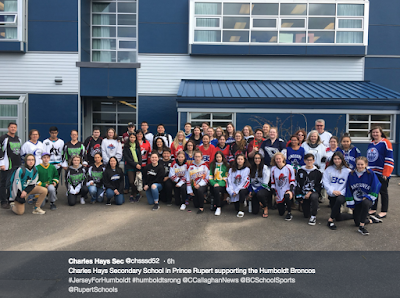 To return to the most recent blog posting of the day, click here.
Posted by . at 1:14 PM

Email ThisBlogThis!Share to TwitterShare to FacebookShare to Pinterest
Labels: Jersey's for Humboldt April 13