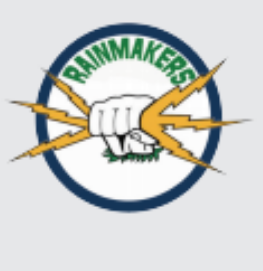 The Charles Hays Senior Boys Rainmakers already have a fair bit of basketball under the belt in these early days of a new season of hoops in the Northwest, but tonight marks their home debut as they welcome the Caledonia Kermodes to the Charles Hays Gymnasium.

The Rainmakers are coming off a strong outing in the Lower Mainland, last weekend finishing second in the highly regarded No Regrets tournament on the North shore of Greater Vancouver.

Mel and Ryan Bishop's team put on some highlight reel performances through much of their four days in Vancouver, gaining some notice from basketball fans through the tournament.

The Rainmaker performance was also taken note of by those putting together the weekly rankings with Howard Tsumura's Varsity Letters blog noting that Charles Hays is the Number one ranked team in BC this week following their Vancouver journey,


Tonight's match up has a 7 PM tip off and is the first of a home and home weekend series between the two Northwest Rivals, with the Rainmakers heading to Terrace on Saturday for the wrap up match to the weekend play.

The Junior Boys are on the road Saturday, with Kevin Sawka's squad heading to Kitimat and a match up with Mount Elizabeth, next weekend the Junior Boys will be taking part in the Rainmaker alumni tourney which takes place on December 21 and 22  at the CHSS Gym.

Some notes on the Rainmakers can be found from the CHSS twitter feed and the CHSS Rainmakers feed.

More background on Northwest High School Sports can be found from our archive page here.

Email ThisBlogThis!Share to TwitterShare to FacebookShare to Pinterest
Labels: Rainmaker Basketball this weekend