While the Salvation Army has reduced its Food Bank work for a few weeks in December to prepare for their annual Hamper distribution, the need to keep their shelves stocked is still ongoing and to help lend a hand Pembina Resources has stepped in, with the Prince Rupert office collecting good for the Food Bank during the month, 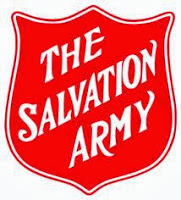 Through this week, Pembina is accepting non-perishable food items at their storefront office in the Capital Mall 515 Third Avenue West.

Canned goods and dry goods are among the items that are being looked for in preparation for the return of Food Bank services.

The distribution of the Christmas Hampers by the Salvation Army to families and individuals is expected to take place on December 20th and 21st.

Last week we noted that Transition House and the Unemployed Action Centre at Fisherman's hall had been doing their part to help out during the Food Bank's temporary closure, they continue to collect food for distribution as well at both Transition House's Park Avenue address and at the Hall on Fraser Street.

More notes on community events around the North Coast can be reviewed from our archive page.