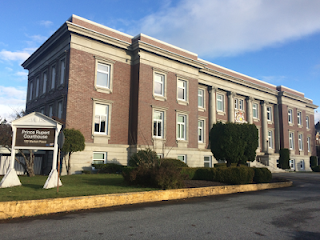 The Province has added some names to the rankings of the prestigious Queen's Counsel designation and a Prince Rupert based member of the Crown Counsel office is among the twenty eight who were recognized on Monday by Attorney General Brian Eby.

Barry Neville Zacharias who is the administrative counsel for the BC Prosecution Service office in Prince Rupert was among those on the list, recognition for his lengthy career in law, much of it based in the Northwest.

First called to the bar in 1985, Mr. Zacharias has practiced law in the region for eighteen years, frist establishing himself in the Family Court arena and then through criminal law as a member of Crown Counsel, when he joined the government side of the court room.

His time in the Northwest began in Terrace in 2000, when he joined the Native Community Law Office in L'ax Ghels in Terrace/Thornhill, where he represented local Indigenous families.

The title of Queen's Counsel goes back to the 1500's when it was first conferred by Queen Elizabeth I who named Francis Bacon as her legal advisor in 1594. It's a fairly exclusive club, with only seven percent of the practicing lawyers in British Columbia receiving the designation of QC.

Attorney General David Eby outlined the scope of the designation and how it reflects on the province's legal system.

“The QC appointment is a very special honour that denotes a superb record of achievement and commitment to our province’s legal system. Your valuable work is helping to make British Columbia a stronger and more equitable place to live.”

Those selected for the honour have been nominated by their peers and have been members of the British Columbia bar for at least five years, the current call for nominations was made in September with an advisory committee reviewing those applications and making their recommendations to the Attorney General.

You can review the background for all of the new Queen's Counsel's from this information sheet from the BC Government.

More notes on the province's legal system in the Northwest can be found from our archive page here.
Posted by . at 3:25 PM