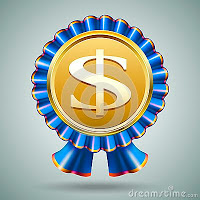 As the final days of December get closer and the Season of Christmas giving wraps up, there is still some unfinished work down at City Hall, where if things went as scheduled, a Mayor's Blue Ribbon panel has been busy examining a range of themes related to compensation for our civic leaders.

The pay review initiative was introduced by the Mayor back in October, with Mr. Brain making note of the upcoming change in federal tax legislation that will remove a 1/3rd tax free salary exemption from those elected to office.

The main positioning statement for the Mayor at the time, indicating the need to address the tax issue.

"Ultimately if we don't do this, then the existing wages that councillors are doing now will actually be be a decrease in pay for them on the existing wage due to the fact that one third of their taxes won't be exempt by the Federal Government anymore. So, an adjustment should be made to at least get you to the same level of pay that you're getting now"

The original call for those to serve on the committee first came through the Mayor's Facebook page in late October, a move which would seem to have limited opportunity to participate only to those who regularly follow his social media updates.

The last we heard about the review came on November 6, when the city's Corporate Administrator appeared to have taken over the day to day oversight of the proposed committee, expanding the  notification to the city's website, which included a notice that called for up to six volunteer community members to participate in the Select Standing committee.

At the time the deadline for applicants was to be November 15th, with the work load to consist of a a total of 2-3 meetings.

The notes from Mr. Mandryk at the time offered up some background on what the applicants would be tasked to do and what was expected of them once their review was complete.

Since that tine however there has been radio silence from 424 Third Avenue West, with no updates provided on the progress of the committee, nor has there been any indication as to who is serving on it.

That makes for a change of pace from other Board or committee appointments which are made public through some kind of an announcement, usually at a City Council session.

As well the topic of the compensation review committee has not been mentioned in public council session since the Mayor's original introductory presentation of October, despite the opportunity that two Council sessions since that time offered for some indication at to the status of the review.

Whatever work the committee has done (if any) appears to be a closely guarded process, as the committee explores whether Council members will be getting a bump in pay to cover off the lost tax free option, as well as if Mayor Brain will once again have his salary topped to up through additional funding from civic sources to retain his status as a full time Mayor for the next four years

The Mayor's current arrangement of a pay top up through planning for Mayor projects is set to expire on December 31st..

With Christmas and New Years fast approaching and no Council sessions to take place until the New Year, one imagines that whatever work the committee was to do has already been done.

The Youngsters in Prince Rupert will find out how they fared on Santa's list on Tuesday,

With City Hall about to head towards its Holiday shutdown, any potential updates on how the Mayor and Council fared on the pay review may have to wait until the start of the New Year,

For more items of note related to City Council discussion themes see our archive page here.
Posted by . at 9:47 AM