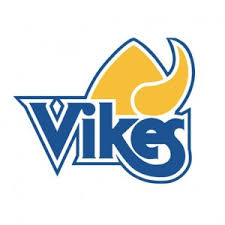 It may be the closest thing to a "true home" game for a few of the players on the rosters of the University of Victoria Vikes and UNBC TimberWolves tonight as the USports Men's Basketball season tips off for 2019-20.

The Vikes and T-Wolves will play two games over the weekend, with the first of the double shot coming tonight at 8 PM  at Prince George's Northern Sports Centre and as the teams take to the court some familiar names for Northwest basketball fans are ready for the season.

The Vikings lineup includes Prince Rupert's Justin McChesney, who along with Trent Monkman from Smithers have probably found themselves in the largest city in Northern BC more than a few times from their high school days.

Over on the UNBC side of the court, another name familiar in Smithers is in the line up, as  Saymon Loki enters his first play of University ball.

A big crowd is a possibility tonight for the home opener with UNBC hosting a promotion that should pack the house, while those that won't be in Prince George can follow the weekend play through the Canada West Pay Per View TV stream. 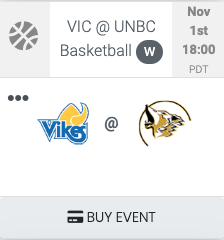 You can purchase a season's pass or just a single game event admission from the Canada West website.

Some notes on the weekend ahead can be reviewed below